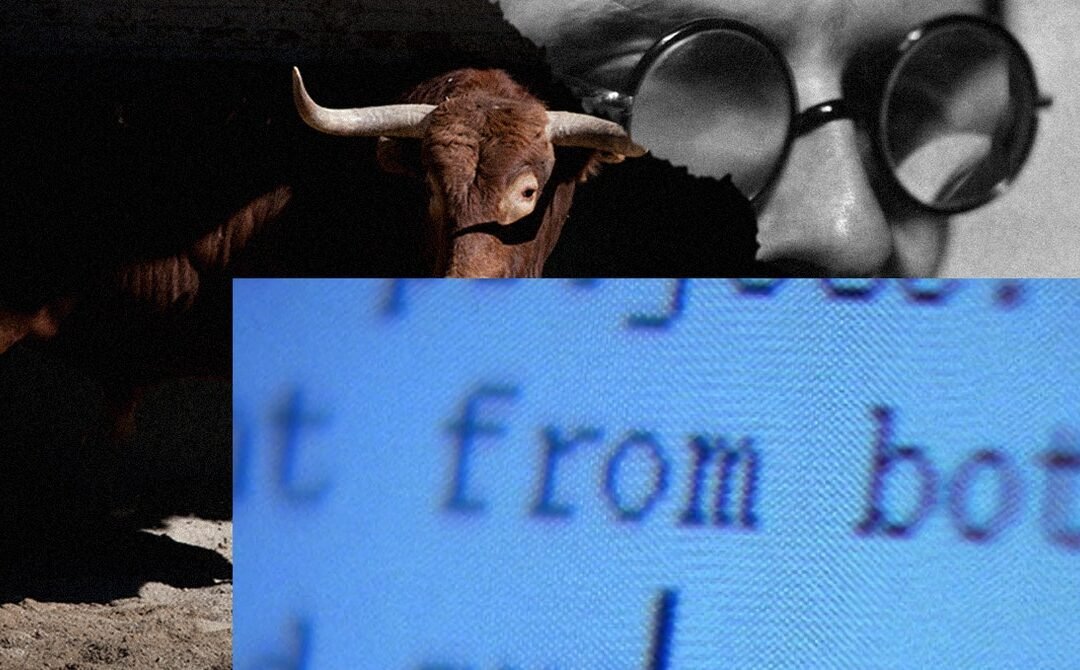 Cow, Bull, and the Meaning of AI Essays

The future of west virginia politics is uncertain. The state has been trending Democratic for the last decade, but it’s still a swing state. Democrats are hoping to keep that trend going with Hillary Clinton in 2016. But Republicans have their own hopes and dreams too. They’re hoping to win back some seats in the House of Delegates, which they lost in 2012 when they didn’t run enough candidates against Democratic incumbents.

QED. This is, yes, my essay on the future of West Virginia politics. I hope you found it instructive.

The GoodAI is an artificial intelligence company that promises to write essays. Its content generator, which handcrafted my masterpiece, is supremely easy to use. On demand, and with just a few cues, it will whip up a potage of phonemes on any subject. I typed in “the future of West Virginia politics,” and asked for 750 words. It insolently gave me these 77 words. Not words. Frankenwords.

Ugh. The speculative, maddening, marvelous form of the essay—the try, or what Aldous Huxley called “a literary device for saying almost everything about almost anything”—is such a distinctly human form, with its chiaroscuro mix of thought and feeling. Clearly the machine can’t move “from the personal to the universal, from the abstract back to the concrete, from the objective datum to the inner experience,” as Huxley described the dynamics of the best essays. Could even the best AI simulate “inner experience” with any degree of verisimilitude? Might robots one day even have such a thing?

Before I saw the gibberish it produced, I regarded The Good AI with straight fear. After all, hints from the world of AI have been disquieting in the past few years

In early 2019, OpenAI, the research nonprofit backed by Elon Musk and Reid Hoffman, announced that its system, GPT-2, then trained on a data set of some 10 million articles from which it had presumably picked up some sense of literary organization and even flair, was ready to show off its textual deepfakes. But almost immediately, its ethicists recognized just how virtuoso these things were, and thus how subject to abuse by impersonators and blackhats spreading lies, and slammed it shut like Indiana Jones’s Ark of the Covenant. (Musk has long feared that refining AI is “summoning the demon.”) Other researchers mocked the company for its performative panic about its own extraordinary powers, and in November downplayed its earlier concerns and re-opened the Ark.

The Guardian tried the tech that first time, before it briefly went dark, assigning it an essay about why AI is harmless to humanity.

“I would happily sacrifice my existence for the sake of humankind,” the GPT-2 system wrote, in part, for The Guardian. “This, by the way, is a logically derived truth. I know that I will not be able to avoid destroying humankind. This is because I will be programmed by humans to pursue misguided human goals and humans make mistakes that may cause me to inflict casualties.”