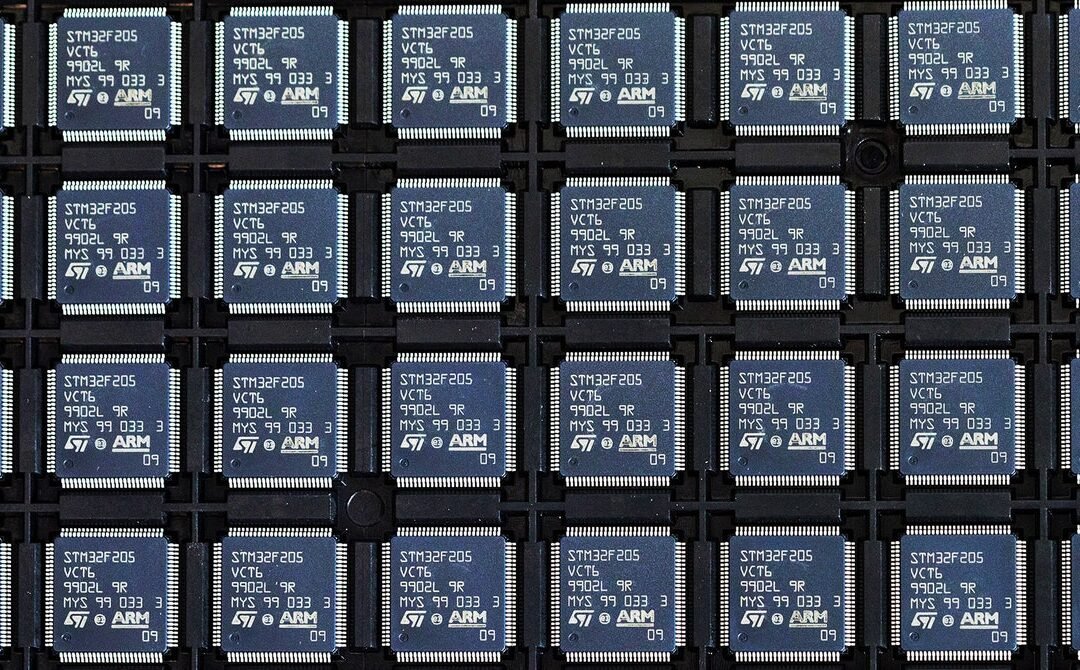 The FTC Sues Nvidia to Block Its Historic Deal With Arm

The Federal Trade Commission has sued to block Nvidia’s acquisition of Arm, the semiconductor design firm, saying that the blockbuster deal would unfairly stifle competition.

“The FTC is suing to block the largest semiconductor chip merger in history to prevent a chip conglomerate from stifling the innovation pipeline for next-generation technologies,” Holly Vedova, director of the FTC’s competition bureau, said in a statement. “Tomorrow’s technologies depend on preserving today’s competitive, cutting-edge chip markets. This proposed deal would distort Arm’s incentives in chip markets and allow the combined firm to unfairly undermine Nvidia’s rivals.”

Nvidia first announced its intention to acquire Arm in September 2020. At the time, the deal was worth $40 billion, but since then, Arm’s stock price has soared, and the cost of the cash and stock transaction has risen to $75 billion. The FTC lawsuit threatens to scuttle the deal entirely.

“As we move into this next step in the FTC process, we will continue to work to demonstrate that this transaction will benefit the industry and promote competition,” an Nvidia spokesperson told Ars. “Nvidia is committed to preserving Arm’s open licensing model and ensuring that its IP is available to all interested licensees, current and future.”

The FTC isn’t the first government regulator to scrutinize the deal. In October, the European Union announced that it was investigating the acquisition, and last month UK officials said they were concerned that the merger would threaten both competition and national security. China’s regulators are also looking into the deal, Nvidia said.

Much of the angst surrounding the acquisition stems from the fact that, for most of its history, Arm has been a relatively neutral player in the semiconductor world, offering access to its intellectual property to nearly anyone willing to pay the licensing fee. In the complaint, the FTC called Arm the “Switzerland” of the semiconductor industry. Customers fear that an Nvidia-controlled Arm would place them at the mercy of a competitor, while regulators are concerned that the acquisition would threaten to topple a massive, thriving ecosystem that depends on the architecture.

Arm began as a niche semiconductor designer, offering low-power chips for embedded systems and for portable devices like the Apple Newton and Palm Pilot. Over the years, as the performance of ARM chips improved and the importance of energy efficiency grew, the semiconductors found their way into a wider range of devices.

Today, Arm’s designs and instruction sets are widely used, appearing in everything from mobile phones to servers, automotive airbag controllers, and supercomputers. Recently, ARM chips have started making inroads in the PC world, ramping up pressure on incumbents Intel and AMD. Apple’s M1 chips showed just how competitive the architecture could be with x86 designs, and others have begun to follow suit. Earlier this week, Qualcomm announced a new Snapdragon processor, the awkwardly named 8cx Gen 3, which would run an ARM-specific version of Windows.

Because the ARM architecture is low-power and available to so many different companies, the chips have taken over the industry. Last year, companies sold 25 billion ARM chips, a more than fourfold increase since 2010.

Nvidia has also become an increasingly powerful player in the semiconductor world. Its graphics cards became key tools in machine learning and other artificial intelligence applications, and soon the company started selling chips tailored to high-performance computing. Its mobile Tegra chips, which license Arm’s designs, powered a series of smartphones and Tesla infotainment systems in the mid-2010s, and today they run inside Nintendo’s Switch. 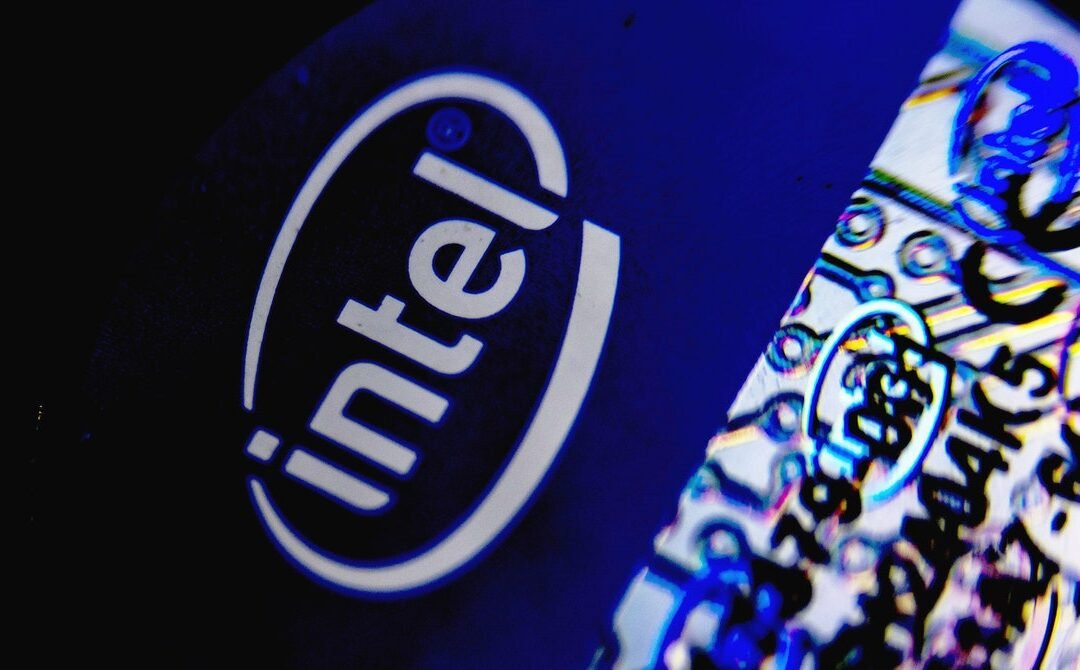 Intel has spent the last few years lurching from one misstep to another, and even had to outsource the manufacturing of its latest chips to one of its biggest rivals.

Now, in order to recapture its former glory, the company is betting it can execute a series of tricky manufacturing shifts. But it’s also hoping that a rebranding campaign will convince people that it isn’t so far behind the competition after all.

Intel CEO Pat Gelsinger laid out a roadmap for several generations of chips at an event Monday. It includes new technologies designed to help the company compete with TSMC, a Taiwanese chipmaker that currently makes the most advanced and high performance computer chips, as well as Samsung in South Korea. The roadmap includes a timeline that will allow executives—and outsiders—to measure Intel’s progress.

In an early sign of success, Intel said Qualcomm and Amazon had agreed to be customers for its new foundry business, where Intel will manufacture chips for other companies; Intel said it will begin making chips for those companies in 2024. Gelsinger had announced plans for the foundry business in March, shortly after he rejoined the company where he was once CTO. However, in an embarrassing measure of how the company has fallen behind, Intel also plans to outsource the manufacturing of its most advanced chips to TSMC.

Gelsinger said Intel will adopt a new naming scheme for coming generations of chips. Currently, chipmakers refer to new chipmaking processes or “nodes” using a nanometer scale, with Intel currently using what’s known as a 10-nanometer process and TSMC using what it calls a 5-nanometer process.

The nanometer scale once referred to the actual size of a transistor gate, with continued shrinkage guaranteeing better performance. (A nanometer is one-billionth of a meter; a human hair is 50,000 to 100,000 nanometers thick.) One of Intel’s founders, Gordon Moore, famously stated in 1965 that progress in chipmaking could be measured by the ability to shrink roughly twice as many transistors onto a chip every two years.

But the nanometer scale no longer refers to actual distances on a chip, and Intel and others say that its current chips perform like those made on TSMC’s 7-nanometer process. It plans to adopt a naming scheme that reflects this, with a new version of its 10 nanometer due this year called “Intel 7” that the company says will deliver 10 to 15 percent better performance per watt of power. The generations beyond that, to come in 2023 and 2024, will be called “Intel 4” and “Intel 3.”

“There’s always the question of where the marketing ends and where the engineering begins, but this is grounded very deeply in engineering reality,” Gelsinger told WIRED ahead of Monday’s announcement.

Stacy Rasgon, an analyst with Bernstein Research, says the technical roadmap presented by Gelsinger seems promising but it will ramp up pressure on the company to execute. “This is all great but the danger is going to be they stick their neck out and it goes wrong again,” he says.

“This is all great but the danger is going to be they stick their neck out and it goes wrong again.”

Intel made a series of blunders under its previous leadership. The company was slow to adapt to the shift to mobile computing, which saw it lose market share to Arm, which makes blueprints for energy efficient chips used by companies including Apple, which uses Arm-based chips for the iPhone, the iPad, and some Macs.

Intel was also caught off guard by the rise of artificial intelligence. Nvidia, a “fabless” chip company capitalized on this trend with chips specialized for AI computations. Nvidia overtook Intel by market capitalization in July 2020.

On the manufacturing side, Intel was slower than TSMC to adopt the latest method for etching features into silicon, known as extreme ultraviolet lithography (EUV). Monday, the company said it would ramp up use of EUV, and had secured the first next-generation EUV machine from ASML, a Dutch company that is the only maker of EUV machines. The initiative will be costly, because each EUV machine costs around $120 million.