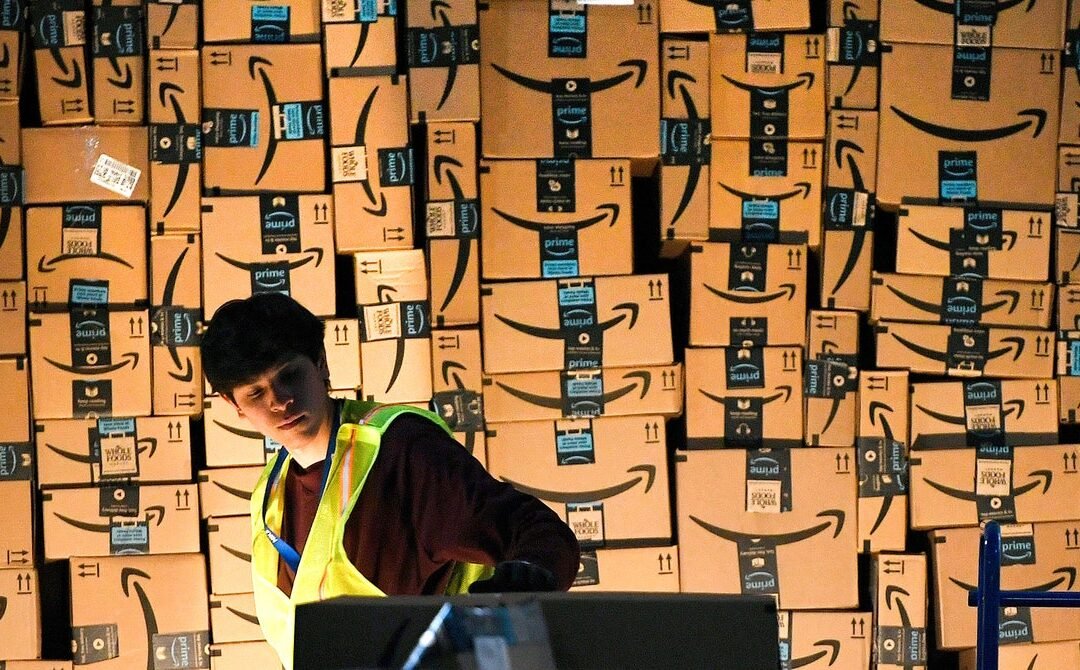 “I founded Amazon 26 years ago with the long-term mission of making it Earth’s most customer-centric company,” Jeff Bezos testified before the House Antitrust Subcommittee last summer. “Not every business takes this customer-first approach, but we do, and it’s our greatest strength.”

Bezos’ obsession with customer satisfaction is at the center of Amazon’s self-mythology. Every move the company makes, in this account, is designed with only one goal in mind: making the customer happy. If Amazon has become an economic juggernaut, the king of ecommerce, that’s not because of any unfair practices or sharp elbows; it’s simply because customers love it so much.

The antitrust lawsuit filed against Amazon on Tuesday directly challenges that narrative. The suit, brought by Karl Racine, the Washington, DC, attorney general, focuses on Amazon’s use of a so-called most-favored-nation clause in its contracts with third-party sellers, who account for most of the sales volume on Amazon. A most-favored-nation clause requires sellers not to offer their products at a lower price on any other website, even their own. According to the lawsuit, this harms consumers by artificially inflating prices across the entire internet, while preventing other ecommerce sites from competing against Amazon on price. “I filed this antitrust lawsuit to put an end to Amazon’s ability to control prices across the online retail market,” Racine said in a press conference announcing the case.

For a long time, Amazon openly did what DC is alleging; its “price parity provision” explicitly restricted third-party sellers from offering lower prices on other sites. It stopped in Europe in 2013, after competition authorities in the UK and Germany began investigating it. In the US, however, the provision lasted longer, until Senator Richard Blumenthal wrote a letter to antitrust agencies in 2018 suggesting Amazon was violating antitrust law. A few months later, in early 2019, Amazon dropped price parity.

But that wasn’t the end of the story. The DC lawsuit alleges that Amazon simply substituted a new policy that uses different language to accomplish the same result as the old rule. Amazon’s Marketplace Fair Pricing Policy informs third-party sellers that they can be punished or suspended for a variety of offenses, including “setting a price on a product or service that is significantly higher than recent prices offered on or off Amazon.” This rule can protect consumers when used to prevent price-gouging for scarce products, as happened with face masks in the early days of the pandemic. But it can also be used to inflate prices for items that sellers would prefer to offer more cheaply. The key phrase is “off Amazon.” In other words, Amazon reserves the right to cut off sellers if they list their products more cheaply on another website—just as it did under the old price parity provision. According to the final report filed by the House Antitrust Subcommittee last year, based on testimony from third-party sellers, the new policy “has the same effect of blocking sellers from offering lower prices to consumers on other retail sites.”

The main form that this price discipline takes, according to sellers who have spoken out against Amazon either publicly or in anonymous testimony, is through manipulating access to the Buy Box—those Add to Cart and Buy Now buttons at the top right of an Amazon product listing. When you go to buy something, there are often many sellers trying to make the sale. Only one can “win the Buy Box,” meaning they’re the one who gets the sale when you click one of those buttons. Because most customers don’t scroll down to see what other sellers are offering a product, winning the Buy Box is crucial for anyone trying to make a living by selling on Amazon. As James Thomson, a former Amazon employee and a partner at Buy Box Experts, a brand consultancy for Amazon sellers, told me in 2019, “If you can’t earn the Buy Box, for all intents and purposes, you’re not going to earn the sale.”

Jason Boyce, another longtime Amazon seller turned consultant, explained to me how this works. He and his partners were excited when the last third-party seller contract they signed with Amazon, to sell sporting goods on the site, didn’t include the price parity provision. “We thought, ‘This is great! We can offer discounts on Walmart, and Sears, and wherever else,’” he said. But then something odd happened. Boyce (who spoke with House investigators as part of the antitrust inquiry) noticed that once his company lowered prices on other sites, sales on Amazon started tanking. “We went to the listing, and the Add to Cart button was gone, the Buy Now button was gone. Instead, there was a gray box labeled ‘See All Buying Options.’ You could still buy the product, but it was an extra click. Now, an extra click on Amazon is an eternity—they’re all about immediate gratification.” Moreover, his company’s ad spending plummeted, which he realized was because Amazon doesn’t show users ads for products without a Buy Box. “So what did we do? We went back and raised our prices everywhere else, and within 24 hours everything came back. Traffic improved, clicks improved, and sales came back.”