A Black Woman Invented Home Security. Why Did It Go So Wrong? 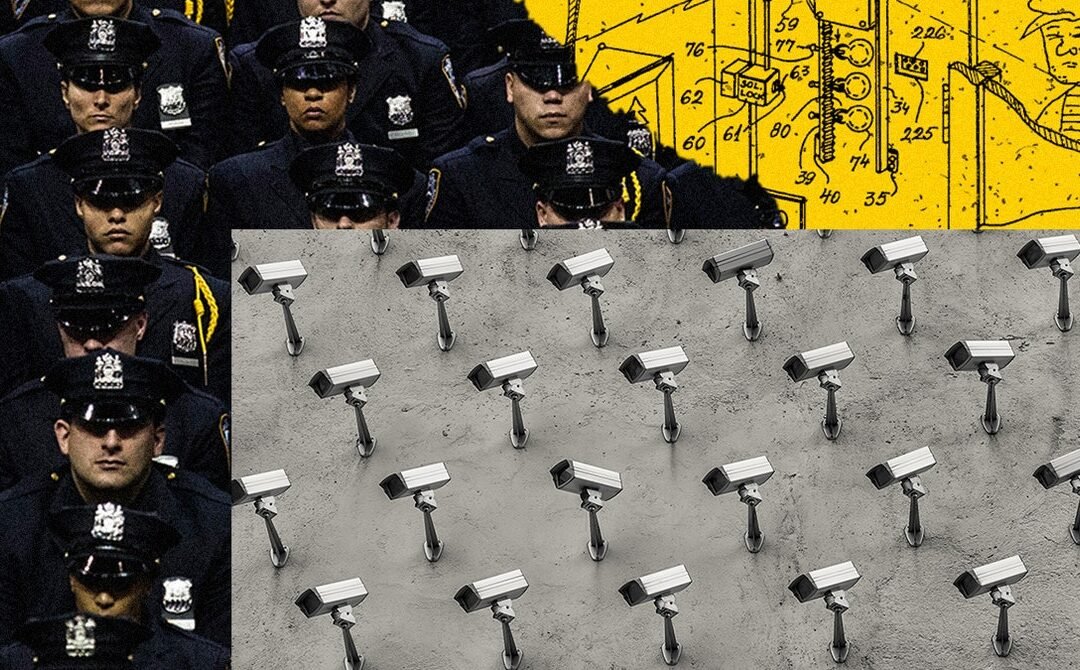 Amazon is not the only one. This trend can also be seen with the rise of automated license plate reader systems for individual neighborhoods, Google’s partnership with ADT, and the company’s launch of “smart” security cameras that offer the ability to define “events” to record, recognize friendly faces, and detect noises such as glass breaking. As tech giants seek to saturate every aspect of our lives, home security has become a 50 billion dollar business in the United States alone.

In keeping with its surveillance expansion over the years, Amazon’s Ring partnered with more than 400 police departments across the country, after a successful multiyear strategy to turn law enforcement into part-time doorbell sales agents and cement the term “porch pirate” into our lexicon. The behemoth then cynically attempted to counter the obvious racial consequences of this in its own consumer-driven way. In 2020 it debuted the Ring dash cam with a Traffic Stop mode that allows drivers to say “Alexa I’m being pulled over,” at which point Alexa will begin recording the subsequent traffic stop. The company that has made so much hay enabling surveillance, supercharging the ability to blast out racist notions about who belongs in a neighborhood and acting as a gentrifying force now throws a bone to people who may be guilty of “driving while Black.” This is very much the same logic that drove the push for body cams. In both instances, the results in terms of protecting Black lives have not lived up to the claims of advocates.

No amount of advances in technology will change the basic truth that surveillance and carceral technology exist to serve those in control.

In Dark Matters: On the Surveillance of Blackness, Simone Browne, professor of Black Studies in the Department of African and African Diaspora Studies at the University of Texas at Austin, suggests that anti-Black racism is fundamentally coded into all our systems of vision, oversight, observation, and surveillance. She argues that there is no such thing as a system of surveillance, at least when human beings are involved, that does not add to anti-Blackness. According to Browne, “The historical formation of surveillance is not outside the historical formation of slavery.”

No amount of advances in technology will change the basic truth that surveillance and carceral technology exist to serve those in control. The narratives about police response times and accountability have remained the same, even though the 50-plus years since Brown’s patent have seen far more surveillance in both public and private spaces. This calls into question prevailing assumptions about what keeps communities safe—a point that’s been made repeatedly by community activists and police abolitionists. Brown’s invention is not evidence of some kind of conscious complicity with repressive technologies; rather, it demonstrates that the repressive function of technologies lies in their imbrication in pervasive notions of race.

Many of these tools have become agents of gentrification. They offload the “policing” of Black folks in public spaces to individuals who become de facto cops. Early advertisements for the Ring were explicit about this, even promising bounties in the form of free products. Though the company has toned this rhetoric down in recent years, a key aspect of Ring and Neighbors is still the assertion that by owning the device, you are doing your part to “fight crime.”

More and better forms of surveillance have not, nor will they ever, be a solution to these issues.

Narratives about how a given surveillance technology will improve the way policing works for and in Black communities have similarly remained relatively stable over time. Claims about improved police response times, increased safety and accountability, more safety or better community relations continually mark the introduction of new surveillance technologies—from police body cams to Project Green Light in Detroit, Stingrays or surveillance planes in Baltimore, neighborhood automated license plate readers, and Ring Doorbells. While this may be indicative of what communities demand from policing, there is an alternative read: The promises remain both the same and undelivered because these technologies exist to further entrench the surveillance of Black and brown bodies as a practice that is foundational to how law enforcement operates in this country. Put another way, these technologies nibble around the edges of problems that are systemic. More and better forms of surveillance have not, nor will they ever, be a solution to these issues.

Remarkably, like Amazon and other private providers, US cities and states make assertions about more surveillance producing more safety, despite the fact that other countries have already tested this idea and found it wanting. The United Kingdom has what is reputed to be the largest network of CCTV cameras in a democracy, with between 4 million and 5.9 million cameras in use as of 2015, many of them operated not by government but by businesses and individuals. Yet even the Surveillance Commissioner for the UK and Wales worried that the point of the cameras was to “build a surveillance society,” not to prevent crime, as there is little evidence that cameras deter crime, and the crimes they do impact tend to be property crimes rather than violent ones. This is as incontrovertible empirical proof as one could ask for that visual and audio surveillance of the environment does not create safer communities.