Before Guitar Hero, Gamers Rocked Out to Gitaroo Man 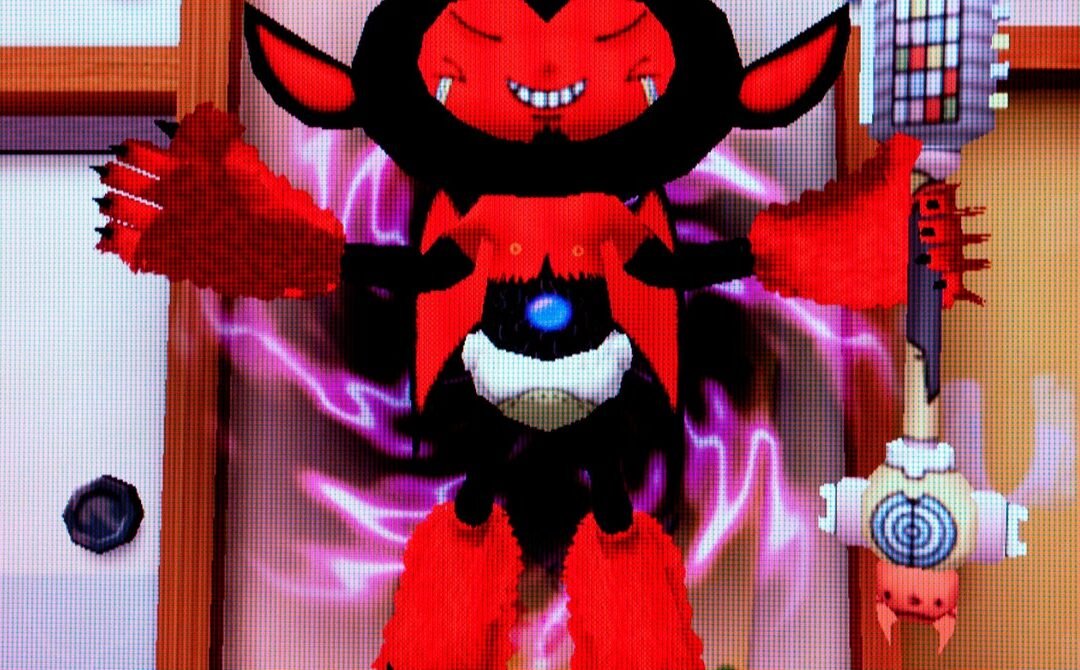 Ever wanted to be a rock star? The kind that brims with superhero energy, that can dominate the stage and hypnotize the masses? In the early 2000s, it seemed like every video gamer wanted part of the fantasy: being in a band touring the world, playing sold out crowds, and being fawned over by fans.

Maybe they’d also know every single note and have every lyric memorized. For mass audiences in the US, that was the driving force behind long-running mega-hit series Guitar Hero and Rock Band. But this week marks the 20th anniversary of a turbo-charged, insanely wacky cult classic that predated it all. That game was 2001’s Gitaroo Man, developed by Japanese game studio Koei.

Gitaroo Man contained much of the stylistic, over-the-top design sensibility of other rhythm games of the late 1990s and early 2000s, including the quirky PlayStation classic Parappa the Rapper, Konami’s arcade sensation Dance Dance Revolution, and even Space Channel 5, a Sega Dreamcast exclusive about fighting aliens by distracting them with dance. Gitaroo Man opted for a different instrument: the guitar. And it wasn’t just about shredding. Guitar Hero’s made you feel like a musician, but Gitaroo Man captured the ego and energy of being the guitar hero.

The game is pure Japanese gaming bliss. Gitaroo Man was released in Japan on June 21, 2001, and the following February in the US on Sony’s PlayStation 2 console. It received critical acclaim from hardcore gaming publications like Edge and Next Generation, who praised its energy, soundtrack, and unique art direction. It gained cult status almost immediately, thanks in part to its raucous cover art. But in a year filled with triple-A heavyweights like Metal Gear Solid 2, Final Fantasy X, and Silent Hill 2, Gitaroo Man slipped under the radar. Two decades later though, it stands out as emblematic of the whimsical, frenetic, rhythm-driven games of the time period.

At the heart of Gitaroo Man is a young boy named U-1, an all-around loser archetype who gets bullied by his classmates. Both a coming-of-age and revenge story, when Gitaroo Man begins U-1 doesn’t have a whole lot of prospects. Soon enough, though, a talking dog named Puma offers to teach him to play guitar. It doesn’t take long for Puma to reveal his true agenda: He is the “last legendary hero of Planet Gitaroo,” possessing the Last Gitaroo, a powerful, magic-infused legendary axe.

If that wasn’t weird enough, a wave of enemies immediately attacks Puma and U-1, who uses the Gitaroo to fight back. After the battle, Puma convinces U-1 to join him into fighting the Gravillian Empire, which has taken over Planet Gitaroo. The game takes you from withdrawn young boy to budding interplanetary hero in training—complete with acquiring a legendary guitar—in record time. While attempting to save Planet Gitaroo, U-1 learns to play his instrument to “win over” everyone, proving that he is not only cool but also a legendary hero of galactic proportions.

The gameplay of Gitaroo Man is similar to other rhythm games of the era: vibrant graphics with a thread of prompts rolling across the screen. You attack and defend by timing each button press and swarm of combinations to that on-screen scroll. A different J-pop guitar-infused track serves as the narrative for each level, as U-1 fights his way through the forces of the Gravillian Empire. A typical battle has three phases—charge, attack, and guard—mimicking a traditional boss fight. The setting of each level evolves and reacts to both the song and the performance, creating a palpable sense of energy, a cascading wave of hype, right up to the level’s denouement. Did we mention that this game is nuts?

The game never really had a chance. It sold poorly in the US but fared a bit better in its native Japan, enough to even garner a sequel that never made it stateside. Sony did re-release the game on its first handheld console, the PlayStation Portable, also to miserable sales.

And yet, true to its cult classic status, the game became a touchstone for hardcore gamers and a rarity in retro-gaming collecting circles. While it’s not impossible to find today, it’s not easy either unless you know where to look.

These days, rhythm games are in a downswing. The occasional curiosity like Fuser keeps the genre on life support. Still, the simulation aspect of music-related games has perhaps finally run its course. Yet there’s something to be said about the games that continue their modest life without ever reaching mainstream attention. Every once in a while, a Gitaroo Man thread on a games forum will pop up that extols its uniqueness, or a YouTube video that excitedly dissects the game’s music and story line. On Spotify you can find playlists containing Gitaroo Man battle tracks created by like-minded fans. It’s all evidence that 20 years later, the game remains unforgotten, and still holds up.

Perhaps it has to do with the transportive escapism that distinguish good games. So what if you aren’t really playing the notes on the guitar or jamming out with a band? In Gitaroo Man, you are the rock star, a hero literally saving the world.