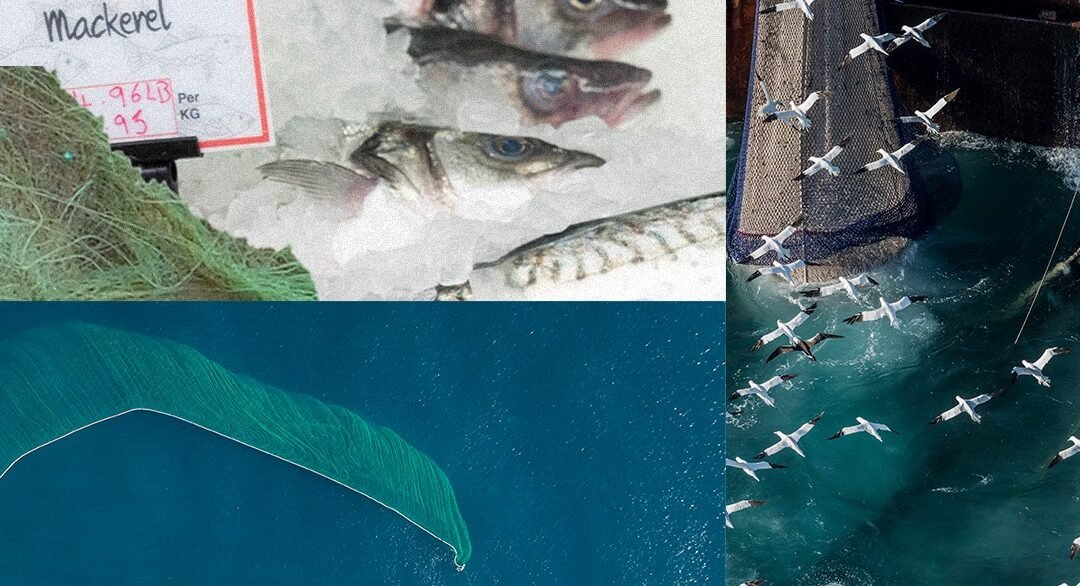 Marine wildlife is in a state of global emergency. Ninety percent of fish populations are at or below half their historical levels, and more fish species appear on the International Union for Conservation of Nature’s red list of threatened species than any other class of animals. Since 1970 alone, global shark and ray populations have declined by more than 70 percent. The vaquita porpoise will be extinct in a matter of years, with the Māui dolphin and North Atlantic right whale likely following close behind. The primary driver of this aquatic extinction crisis is not climate change or plastic pollution but fishing, and conservation biologists around the world have warned that addressing this crisis requires overhauling traditional notions of fisheries management and implementing significant restrictions on catch limits.

Recently, however, calls have emerged not for less fishing, but more, under the banner of a new term encompassing all seafood and aquaculture products: “blue food.” The Blue Food Alliance, launched ahead of the UN Food Systems Summit, has brought together academics, policymakers, and corporate donors focused on increasing the consumption of sustainable seafood. The project was introduced with much fanfare, including a set of papers in the journal Nature Food, an editorial in its parent journal Nature, a number of well-placed op-eds by important academics and members of industry, and even a promotional video. According to the group’s report, titled “The Blue Food Assessment,” seafood and aquaculture often have lower environmental impact and provide greater nutritional benefits than terrestrial foods while contributing to food security, making it economically and ecologically sustainable.

But this blue-food narrative relies on generalizations and omissions that obscure the facts about the impacts of seafood. Just as harmful industries such as Big Oil and Big Livestock have promoted superficial production tweaks and embraced the language of sustainability, so too has the seafood industry. While the Blue Food Alliance boasts the membership of sustainability nonprofits like EAT, it also includes seafood titans like the Walton Family Foundation. As countless unsustainable industries claim to go green, public messaging on blue food bears all the hallmarks of a branding pivot—call it a “bluewash.”

It’s not that the message of this campaign and others like it are predicated on bad science, it’s that they deploy scientific claims selectively. In doing so, “The Blue Food Assessment” omits many of the harms of fishing and fish farming, and makes it seem far more sustainable than it actually is. Take the idea that consuming seafood is generally more environmentally friendly than eating land-based meat. To substantiate this, the authors use sustainability metrics from previous studies to score the greenhouse gas, nitrogen, and phosphorus emissions, as well as land and fresh water use, of various seafood and aquaculture products. This leads to the conclusion that these foods’ environmental impacts are lower than those of many agricultural products, particularly chicken, the least environmentally impactful industrially raised meat. The problem is that this is an apples-to-oranges comparison—it applies criteria designed for terrestrial agriculture to the oceans, while omitting environmental impacts specific to marine life. Eating wild fish may use virtually no land or freshwater, but it also depletes marine life populations, disrupts food webs, dredges up reefs and algal beds, and litters the ocean with ghost nets. The report is equally selective in its discussion of the health benefits of seafood. Fish may be rich in various vitamins and dietary minerals, but it can also be laden with microplastics and bioaccumulative toxins such as PCBs, PBDEs, and mercury. While these various shortcomings are acknowledged in some of the blue food manuscripts, they are all but absent from promotional materials, overstating the benefits of blue food while underplaying its shortcomings.

Specific claims aside, the nomenclature in this campaign is also concerning. While lumping all marine foods into the new category of “blue food” does little to facilitate comparison to other food groups, it does quite a bit to conflate species- and region-specific impact assessments. For example, while advocates boast that “the BFA assessment emphasizes the enormous diversity of blue foods,” the data are actually quite vague, with wide margins of error and broad categorizations like “miscellaneous marine fishes.” Even more problematically, this tactic also obscures the different producers and production processes within the seafood industry. For one thing, although it doesn’t explicitly advocate expanding industrial fishing, it is effusive about growing industrialized forms of fish production like aquaculture. But aquaculture does not take pressure off wild fisheries as much as it complements them, often requiring hundreds of wild-caught bait fish to feed a single farmed salmon or tuna. It also brings with it a range of risks and harms, including effluent pollution, mangrove deforestation, and viral proliferation both within aquaculture farms and spreading to wild fish. Yet “The Blue Food Assessment” recommends expansion of aquaculture despite these risks.