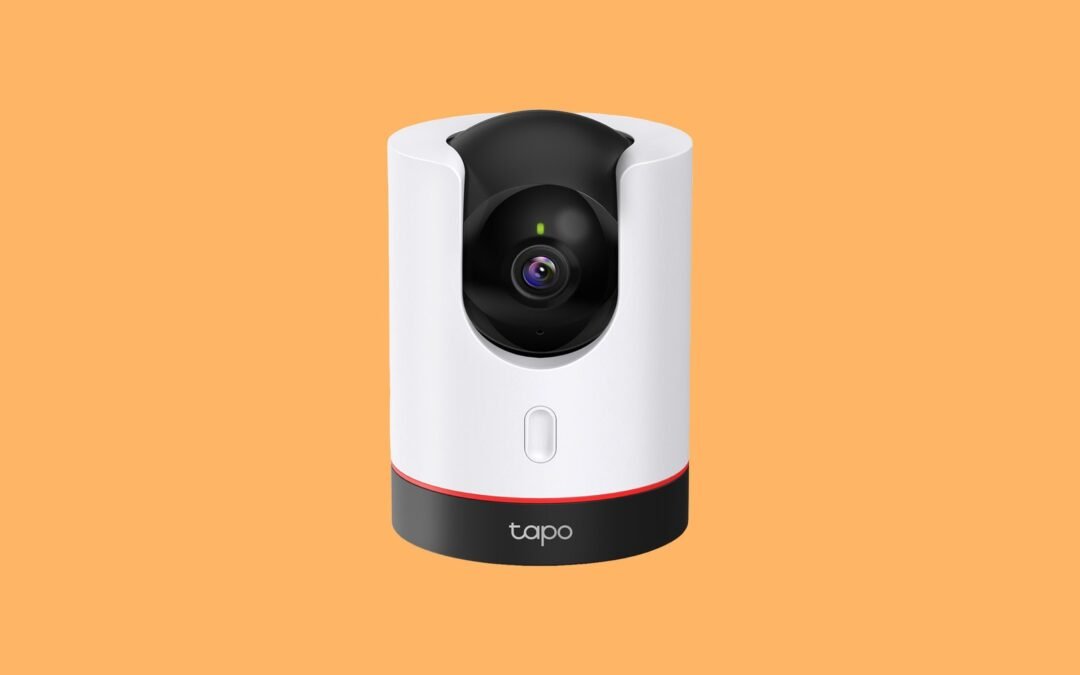 Keep in mind that the total output is 100 watts—if you plug in multiple devices, that power will be shared across those devices, but that should be plenty to recharge most laptops, smartphones, and tablets at fast-charging speeds. It has a plug that folds up, costs $79, and goes on sale in March.

If you want to upgrade your webcam experience, Anker has you covered with its AnkerWork B600 Video Bar. It can sit over the top of your monitor or TV, and it (importantly) has a cover to physically block the camera when it’s not in use. It’s not just a webcam though—there’s a built-in microphone, speaker, and even a video light to illuminate your face during those late-night Zoom calls. (There’s a slider on the webcam you can use to adjust the light’s settings, but you can also use an app to tweak color temperature and brightness.)

Anker claims its VoiceRadar tech can make your voice come through clear even in noisy environments, and the 2K resolution and 30 frames-per-second image quality should make you look good too. You can adjust the field of view manually, or let Anker’s artificially intelligent algorithms figure out when to zoom in or out on you and keep you in the frame. The camera costs $220 and launches on January 25. —Julian Chokkattu

TP-Link Brings Tapo Line to the US

In addition to the new routers TP-Link showed off this week, the company also announced that it’s bringing its Tapo smart home products to the US. The Tapo line will include four security cameras, including the 2K C220 Pan and Tilt Camera with a lens that can be physically hidden behind a shutter when you want privacy—that’s a feature I love in any smart home camera. There will also be a floodlight camera and two other outdoor cams, one wired and one battery-powered.

Thankfully, Tapo products will have two-way authentication at launch, and products under the Kasa brand (also owned by TP-Link) will be getting that too, according to the company. The Tapo line also includes other smart products like plugs, lighting options, sensors, and a smart hub. —Medea Giordano

Tracking the Metaverse at CES

Lenovo has updated its ThinkPad X1 line. Three models—the Carbon, Yoga, and Nano—all get new 12th-generation Intel chips, as well as RAM and storage upgrades. I’m especially excited to see that there are upgraded Full HD webcams as well. As much as I like ThinkPads, previous models’ webcams were seriously lacking in today’s world. Hopefully these new cameras, which have much bigger sensors, will be a big step up. The Yoga and Carbon will also be available with OLED displays, 4K for the Yoga and 2.8K for the Carbon. The Nano, which was my favorite laptop I tested last year, does not get OLED unfortunately. —Scott Gilbertson

Panasonic’s 7-in-1 Oven Ferments and Stews

There’s a neverending list of countertop appliances that promise convenient cooking. Panasonic debuted its newest contender today, and it’s a microwave. The HomeChef 7-in-1 Compact Oven can seemingly do it all, from steaming to convection baking to sanitizing. It can also ferment and stew, as well as air fry, meaning this gadget could theoretically replace a few kitchen counter campers. The machine features 18 pre-set meal options, and just a single four-button control system. It’s tricky to find an appliance that allows for both baking bread and making soup, and even trickier to find one that performs both tasks proficiently. We’ll see if it can come April, when it comes out for a MSRP of $500. —Louryn Strampe

VR is definitely in its awkward teenage phase. Over the past few months we’ve seen manufacturers tease shrunken versions of VR headsets (Project Cambria), wellness-focused goggles, and even a 12K standalone box for your face. They’re trying everything to make VR happen. Panasonic is the latest to join the VR crowd, with an ultra-light weight set of Micro LED VR glasses. Called the MeganeX, the headset weighs just 8.8 ounces and each eye has a Micro LED display with a resolution higher than that of the Oculus Quest 2 headset.