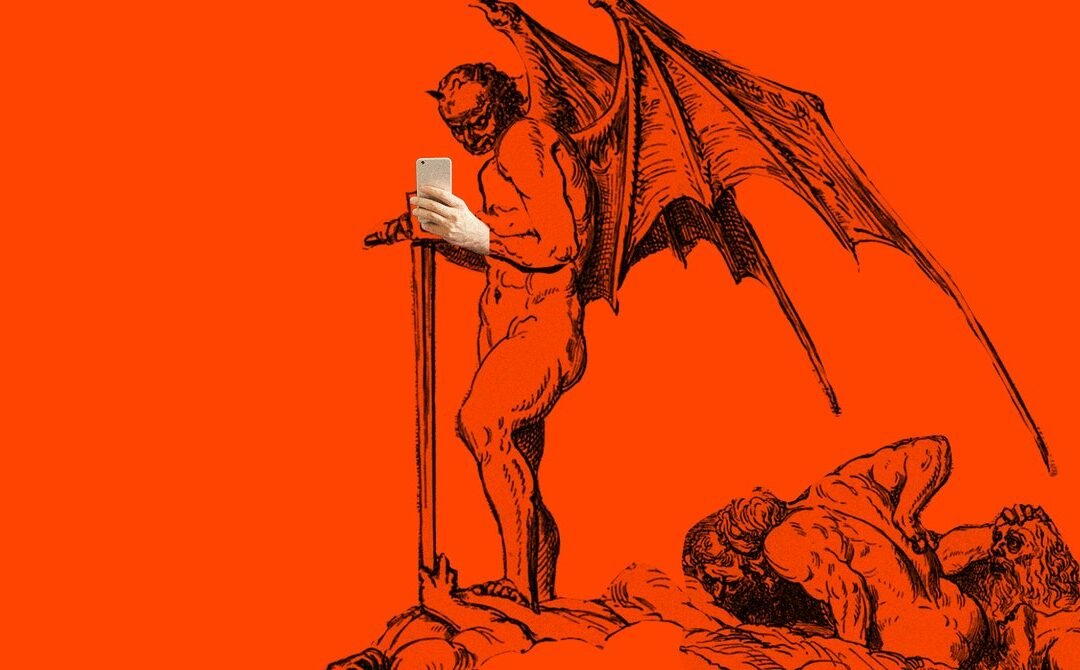 In 2020, when the crashing waves of headlines on coronavirus, police violence, and the election merged into an endless hurricane of morbidity, the term doomscrolling hit the mainstream. Searches for the term skyrocketed on Google, reflecting a collective compulsion to endlessly scroll feeds of ominous news on Twitter, Facebook, Reddit, and other social media. It was a recognition of our masochistic tendency to obsess over the negative, a shared sickness of the perennially online. Everyone from boomer parents to Stephen Colbert was saying it, doing it, trying not to do it. “In a situation like that, we engage in these more narrow, immediate survival-oriented behaviors. We’re in fight-or-flight mode,” University of Michigan School of Information professor Nicole Elisson told WIRED last year. Psychologists say doomscrolling erodes mental health, often eliciting anxiety and depression.

A fun quirk of trademarks is that nobody can trademark “doomscrolling” as defined as an online outlet for mass hysteria. You can’t trademark a generic term used to describe or define a generic phenomenon or object. Apple, for example, can’t be registered as a trademark for apples, but it can be registered as a trademark for computers, because the word “apple” doesn’t describe computers. As a name for a progressive thrash metal band, “doomscroll, in the musical context, is not generic or descriptive of music, musical performances, or musical services. So in theory, yes, you can apply to register and successfully register that mark,” says Anna Chang, a lawyer for Sideman Bancroft who specializes in trademark law. “Assuming there’s no opposition which, in this case, there is.”

If there’s anyone most associated with the word, it’s finance journalist Karen Ho of Business Insider. In April 2020, Ho noticed herself, frenzied and anxious, scrolling Twitter late into the night, which cut into her sleep. And it wasn’t just her; it was all of the journalists she knew. She began tweeting out reminders to drink a glass of water, stretch, log off, go to bed. Soon, Ho became known on Twitter as “Doomscroll Reminder Lady.” Several times, she says, people have asked her to trademark the term to write a book or sell merchandise.

“I would just like one job, please,” she tells WIRED. Plus, she says, she didn’t invent the term; she just popularized it (through, she estimates, about 55 interviews with journalists and scholars). Eventually Ho outsourced her reminders to @Doomscroll_Bot, a Twitter bot that has amassed 16,000 followers since its creation in May 2021. In June 2020, Merriam-Webster added doomscroll to its “Words We’re Watching” category, which tickled Mounkes, who is a self-described bookworm. She says she always “wanted to be a coiner of words specifically, so I kind of feel like I’ve made it.”

Chang says it’s pretty typical for a company like Id Software to scoot into a trademark filing like this to prevent other people from using the term in a way that would cause confusion around its product—in this case, the video game Doom. In 2017, sci-fi fans threw a fit when video game publisher CD Projekt Red trademarked the word “cyberpunk” in the EU for its noir open-world game Cyberpunk 2077. Cyberpunk is a time-honored genre; how could a Polish game company trademark it? In an explanatory tweet, CD Projekt Red claimed it was a “self-defense measure only,” adding that if someone else registered the trademark in the future, they could prevent the game publisher from making, say, Cyberpunk 7702. And anyway, CD Projekt Red had held the trademark “cyberpunk” in the US since 2011.