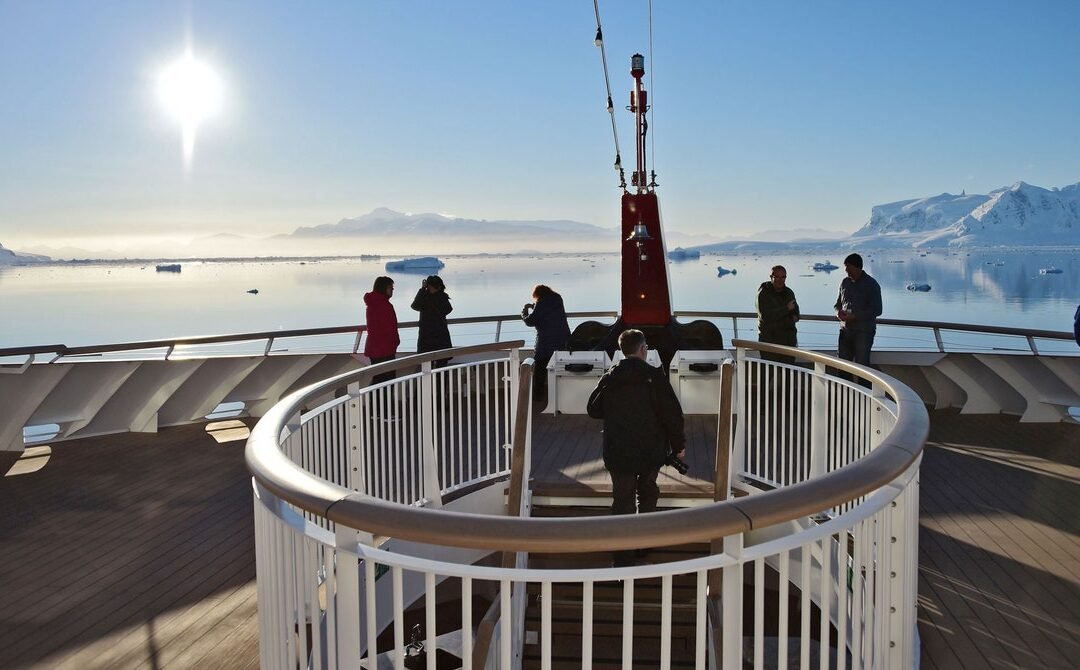 Right now, the Antarctic and the waters around it are surprisingly free of invasive species. According to new research, however, that situation might change in the not-too-distant future, thanks to a shocking level of connectivity with ports across the world. Ships can accidentally carry a large array of marine life, which can in turn colonize new places (like the world’s polar south), outcompete native life, and generally wreak havoc on an ecosystem. New research has traced the paths of the various research vessels, tourist ships, and fishing boats that chug along through the icy waters of the Antarctic.

According to Arlie McCarthy, a researcher in the University of Cambridge’s Department of Zoology and the British Antarctic Survey, these watercraft all carry with them a risk of unwanted visitors. And the visitors may have more chances to relocate than we once thought.

“We know from other cold areas in the world, including the Arctic, that things growing on the hulls of ships absolutely do get transported from place to place, and it is one of the major sources of marine introductions around the world,” McCarthy told Ars. “We also know that ships going into Antarctica do have things growing on them. What we didn’t know until this point was good detail on where those ships go.”

McCarthy’s research suggests that there are 1,581 ports around the world with connections to the Antarctic. These are ports from which at least one ship traveled to the region, defined as south of -60 degrees latitude, as set by the Antarctic Treaty. To determine this, she and her team looked at shipping data from Lloyd’s List Intelligence, an old and reliable source of maritime data, port call data, and raw satellite data. It allowed her to track ship activity from between 2014 and 2018.

“They are connected in some way to Antarctica,” McCarthy said, referring to the ports. This means that myriad species such as crabs, barnacles, and algae from a huge number of places could end up in the area. As global shipping increases—and as researchers and tourists continue to head into these waters—the odds of invasive species taking hold grows as well. There’s also a concern about the movement of some species from the North to the South Pole, potentially on tourist or research ships. Species from the Arctic would likely be adapted to cold and could thrive in the chilly Antarctic better than species brought in from somewhere south of the equator.

Antarctic waters are mostly free of invasive marine species—there are some invasive grasses and insects—and the ocean is more isolated than many other oceans. That’s due largely to the neighboring Southern Ocean, which has currents that circle around Antarctica. They’re particularly strong and form a kind of barrier. “Anything coming on ocean currents from oceans farther north, they can be deflected away from Antarctica rather than actually crossing into the Southern Ocean. They stop most things that come in on water currents,” McCarthy said, adding that seals and whales are capable of traversing these currents, even as mussels, barnacles, and algae are often blocked.

Because the region is so cold, many of the organisms that call it home are living more or less at the edge of what is physiologically possible. There is less food than elsewhere, and many of the creatures have adapted very specialized behaviors to survive, so invasive species could cause more damage than they do in a place where there is more food and warmth. For instance, some Antarctic lifeforms have developed polar gigantism, meaning that they grow large, live slow, and die old. Smaller, faster, and quicker-reproducing species from elsewhere—assuming they can survive in the Antarctic—may outcompete the original inhabitants.