In a Tiny Arctic Town, Food Is Getting Harder to Come By 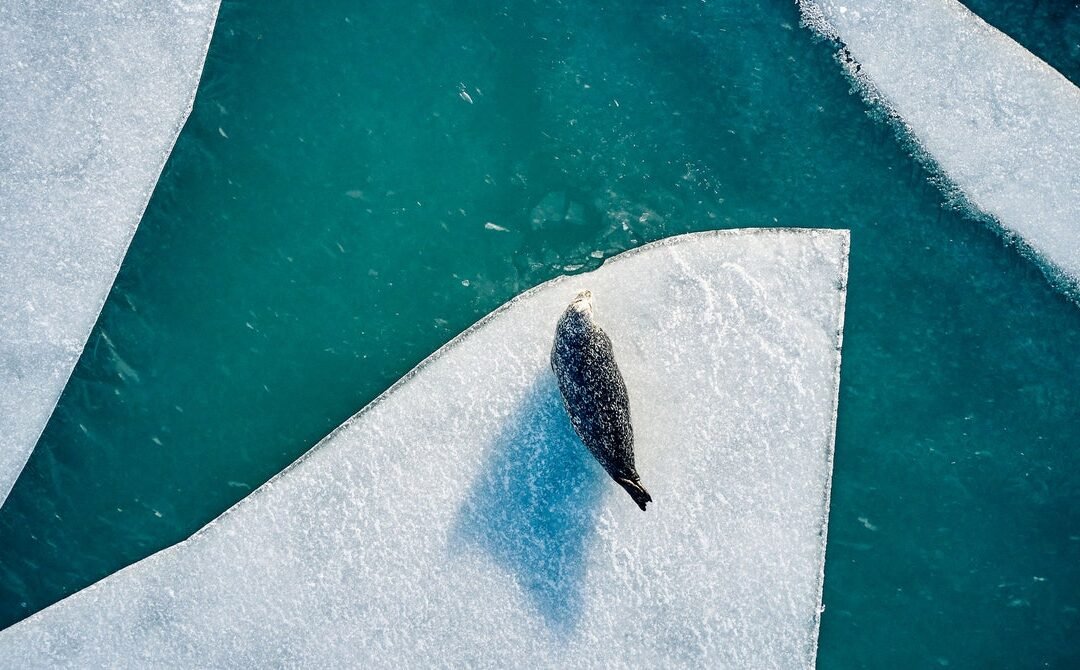 It’s easy to think that sea ice would impact only the ocean, but there are many energy exchanges between the terrestrial and marine ecosystems. Seabirds, for example, nest on an island, forage in the water, and then come back on the land, where their guano fertilizes plants. The tundra, as a low-productivity area, relies on energy inputs from the marine environment. This means that when sea ice dynamics change, not only marine food resources but also terrestrial resources change. And because people depend on terrestrial resources, whether by picking eggs or eating caribou, what happens to the sea ice impacts the human population, too. Everything is interconnected.

Still, the specifics of climate impacts on this system are difficult to predict without further study. “Right now it’s pretty hard to predict based on all those intricate relationships which are just being described right now,” she said.

One key species that is being affected by climate change in the tundra is the lemming. Lemmings are small rodents that live, during the winter, under the snowpack, where it’s warm enough for them to survive and reproduce. The snowpack, in addition to insulating their food, also protects them from predators.

Climate change wreaks havoc on this delicate balance. When the melting and freezing cycles change, the snowpack that lemmings rely on becomes less predictable. In a rain-on-snow event, the water percolates through the snow and freezes the vegetation underneath, rendering the lemmings’ food supply inaccessible. Many predators in the Arctic eat or select their breeding ground based on lemming abundance, and those same predators also eat birds and bird eggs. On Igloolik, when there are more lemmings, Marie-Andrée has observed that arctic foxes and avian predators (such as the long-tailed jaeger, parasitic jaegers, gulls, ravens, snowy owls, and other raptor species) are more abundant. When climate change impacts the lemming, it indirectly impacts other species in ways that are not yet fully understood.

Marie-Andrée is most energized by climate solutions that take into account the needs and interests of different groups involved. Snow geese, which migrate to the Arctic from the United States and Canada to breed, have increased exponentially in the last four decades due to an increase in the amount of agricultural land where they feed during the winter and along their migratory path. “They have increased to a level where they are detrimental to Arctic ecosystems. When they come here to reproduce, they overbrowse the vegetation,” Marie-Andrée said. This destroys the habitat, and forces predators to eat other birds at higher levels.

One approach to this problem is to implement snow goose harvesting programs—not only through a spring hunt in the south, but also by encouraging egg collection and harvesting of adults in the north at their breeding ground.

“If we can work toward supporting harvesting programs which are beneficial for conservation issues at the same time, I think that’s really good,” she said.

The vast majority of Canada’s population, two out of three people, live within a hundred kilometers of the US border. In Nunavut, a territory with a population of just under 40,000 people, anyone who lives south of the Arctic circle is considered a “southerner.” I met one of these southerners, Hunter McClain, on the street in Montreal.

Hunter is from a small town in northern British Columbia, close to the Hudson Bay Glacier. The glacier, which used to be visible on the mountain, has been receding to the point where it’s nearly invisible in summer and spring. “People who live out in the country are pretty in tune with the seasons, and we noticed changes in the wildlife,” she told me. “The wildlife has been going a bit nuts.”

One year, the bears didn’t hibernate because they couldn’t find enough food. “All the juvenile bears over the winter were running around town looking for food. You could see them losing hair and they looked so thin,” Hunter said. “I had never seen a really skinny bear before, but when you see a skinny bear loping around and standing up, you really realize that that’s Sasquatch.” The bears on their hind legs looked like the legendary monster. Hunter was terrified, and equally “weirded out by people who live in that area who are climate change deniers.” To her, the connection to climate change was indisputable.

If you buy something using links in our stories, we may earn a commission. This helps support our journalism. Learn more.