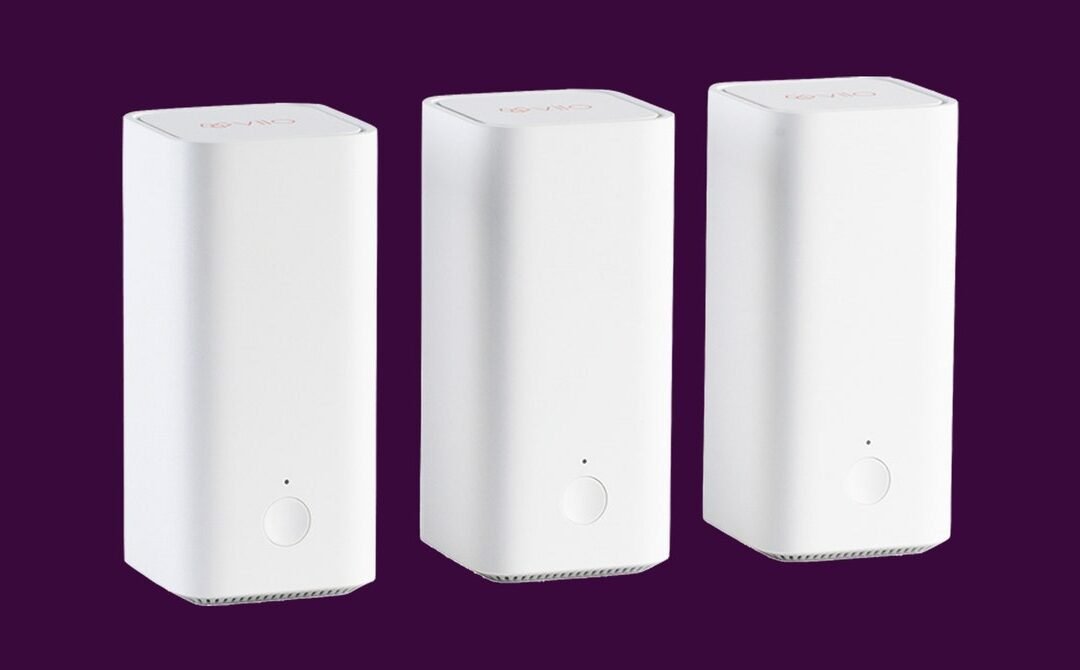 Getting into the weeds of its specifications for a minute, the Vilo routers support IEEE 802.11a/b/g/n/ac. There’s no support for the latest ax standard, also known as Wi-Fi 6. That’s not a huge deal considering you need to upgrade all your devices to enable Wi-Fi 6, but it would’ve been a nice addition for future-proofing. Security-wise, it doesn’t use the latest WPA3 protocol, but WPA2 (Wi-Fi Protected Access 2) instead. Like Wi-Fi 6, WPA3 is still relatively new, so this isn’t surprising. But it does make passwords harder to crack and connections to devices without screens easier and more secure, so it’s an upgrade you ideally want.

Each router has four internal antennas and supports multiuser, multiple-input, multiple-output (MU-MIMO), which allows it to better handle multiple devices connecting to the router simultaneously. There’s also beamforming to focus the wireless signal toward devices.

The Vilo system has band steering turned on by default, which means it picks the band (2.4 GHz or 5GHz) it thinks is appropriate for each device, but both appear as the same network name. This can create problems when setting up smart home devices. My Nanoleaf light panels, for example, connect only to 2.4 GHz but also need the phone that’s setting them up to be connected to the same band. Thankfully, Vilo allows you to toggle band steering off, so you can split the bands, which I did temporarily to set up a few devices before turning it on again.

Your mileage will vary depending on your setup. The limitation for me is the internet speed coming into my house, but the Vilo system does a great job of spreading available bandwidth, and I haven’t had any random disconnections in three weeks of testing. That’s not to say I haven’t had any issues.

The app is slick, but it can be slow to load or update after you make changes. Sometimes it takes a few minutes to update with the current status. Even after you’ve successfully changed something, it can take a while to show up correctly.

During setup, to avoid reconnecting my multitude smart home devices, I planned to give the Vilo system the same name and password as my previous Wi-Fi network. Unfortunately, it refused to accept the password and didn’t work. The good news is this turned out to be a bug the company swiftly fixed via a firmware update.

There’s also no way to force a connection to a specific router. This isn’t usually a problem, because devices connect to the closest option for the best possible speed, but my desktop PC kept connecting to a router farther away on the 2.4-GHz band instead of the nearest on the 5-GHz band like I would expect. A firmware update improved this too, though it still occasionally connects to the router upstairs.

Since the company is so new, it’s normal to see a few kinks like this, but it’s nice to see Vilo active at addressing them quickly. Hopefully, that continues throughout the router’s shelf life.