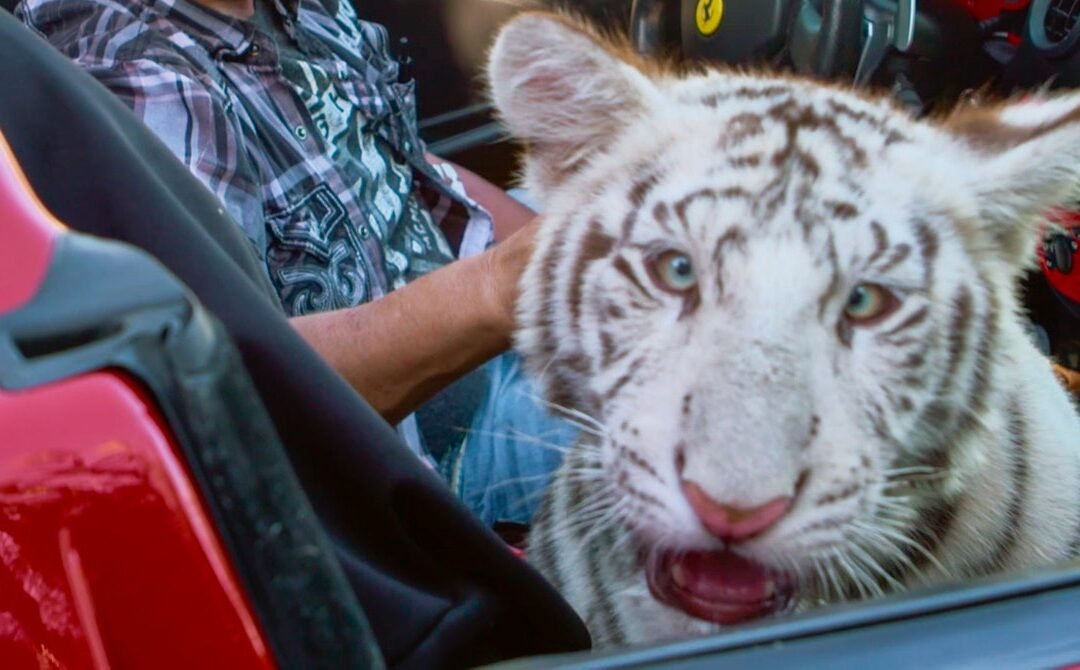 The Monitor is a weekly column devoted to everything happening in the WIRED world of culture, from movies to memes, TV to Twitter.

OK, fine. I watched Tiger King just like everybody else. It was March 2020, the month the world became intimately familiar with words like coronavirus, lockdown, and Yo, do we need to disinfect these Doritos? It was a bleak time, one that seemed served by watching what my colleague Kate Knibbs rightfully dubbed a terribly “feel-bad show.” It’s not like the world is without a bleak hue now, but Netflix just announced Tiger King 2, and I can’t think of a show I have less desire to watch.

It’s not that Tiger King was awful. As far as documentary filmmaking goes, it had all the right ingredients—engrossing characters (especially Joe Exotic and his nemesis Carole Baskin), a lot of drama (the world of big-cat owners is wild, who knew?), and enough plot twists to fill a Christopher Nolan movie. It’s just that Tiger King was a time and place, and that time and place are gone.

I’m not suggesting no one will watch this. Some 64 million households watched Tiger King in its first month of release in 2020. Surely many of those viewers will return for more when TK2 drops later this year. And frankly, that’s in line with the state of nonscripted TV right now. Depravity sells. If you look at the rest of the nonfiction programming Netflix announced yesterday, you see the pattern clearly. There’s The Tinder Swindler, about a dude who pretended to be a billionaire lothario on dating apps and “the women who set out to bring him down”; Trust No One: The Hunt for the Crypto King, about “a group of investors turned sleuths” investigating the mysterious death of crypto millionaire Gerry Cotten; The Puppet Master: Hunting the Ultimate Conman, which is a three-part series that is exactly what its title implies; and Bad Vegan, about a restaurateur, who—surprise!—gets conned by someone who claims he can build her a food empire, and, uh, “make her beloved pit bull immortal.” That’s three con artists and three hunts, by my count, each one promising more mess than the next.

Perhaps all of this sits uncomfortably this week because of the constant flood of news in the Gabrielle Petito case. For those who haven’t been following, Petito was reported missing earlier this month when she didn’t return from a road trip with her fiancé, Brian Laundrie. Soon thereafter, scores of internet sleuths picked up the case, scouring Petito and Laundrie’s Instagram and YouTube feeds and filling up many a TikTok FYP. On Tuesday, authorities confirmed remains found in a Wyoming national park were those of Petito, causing another upswell of attention.

It is, frankly, the kind of story that one would expect to see in a Netflix docuseries, and one that all those online detectives swarm around because of the intrigue those series build around cases like Petito’s. Sometimes an internet rally can help (see: Mostly Harmless, or the subjects of another Netflix docuseries, Don’t F**k With Cats), but people are already commenting things like “not to sound disrespectful, but I can’t wait for the Netflix series” on social media posts about Petito. And, as Joy Reid noted on her MSNBC show this week, the attention around her story is squarely a case of “missing white woman syndrome”—a public fascination that focuses on certain missing persons but rarely missing people of color or trans people or folks in other minority groups. Frankly, it’s all just a little unsettling.

This, to be fair, isn’t entirely Netflix’s fault. The streaming service wouldn’t make all these shows if audiences didn’t devour them. Perhaps it’s just unnerving that people devour them so much. Fascination with the darker sides of the human psyche is common—and as SNL taught us, everyone likes a good “murder show”—but at a certain point, it’s just too much. Being cooped up and escaping into the world of Oklahoma exotic animal drama in early 2020 is one thing; spending the next two years ingesting hours upon hours of con artists and swindlers and all other manner of true-crime content is another. The cat’s already out of the bag.