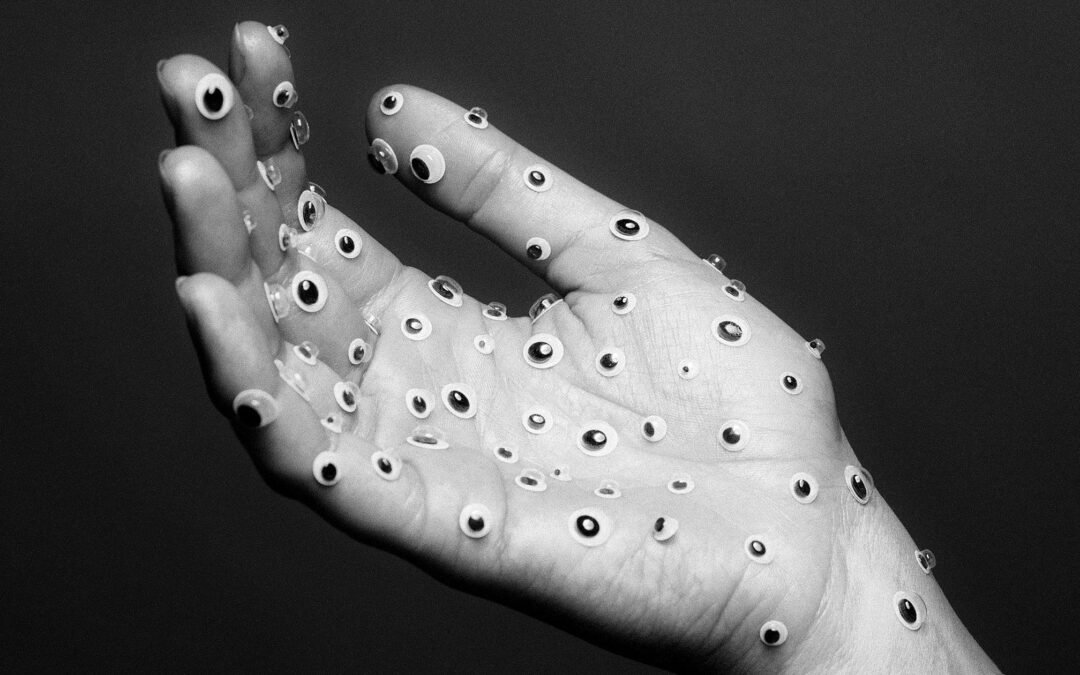 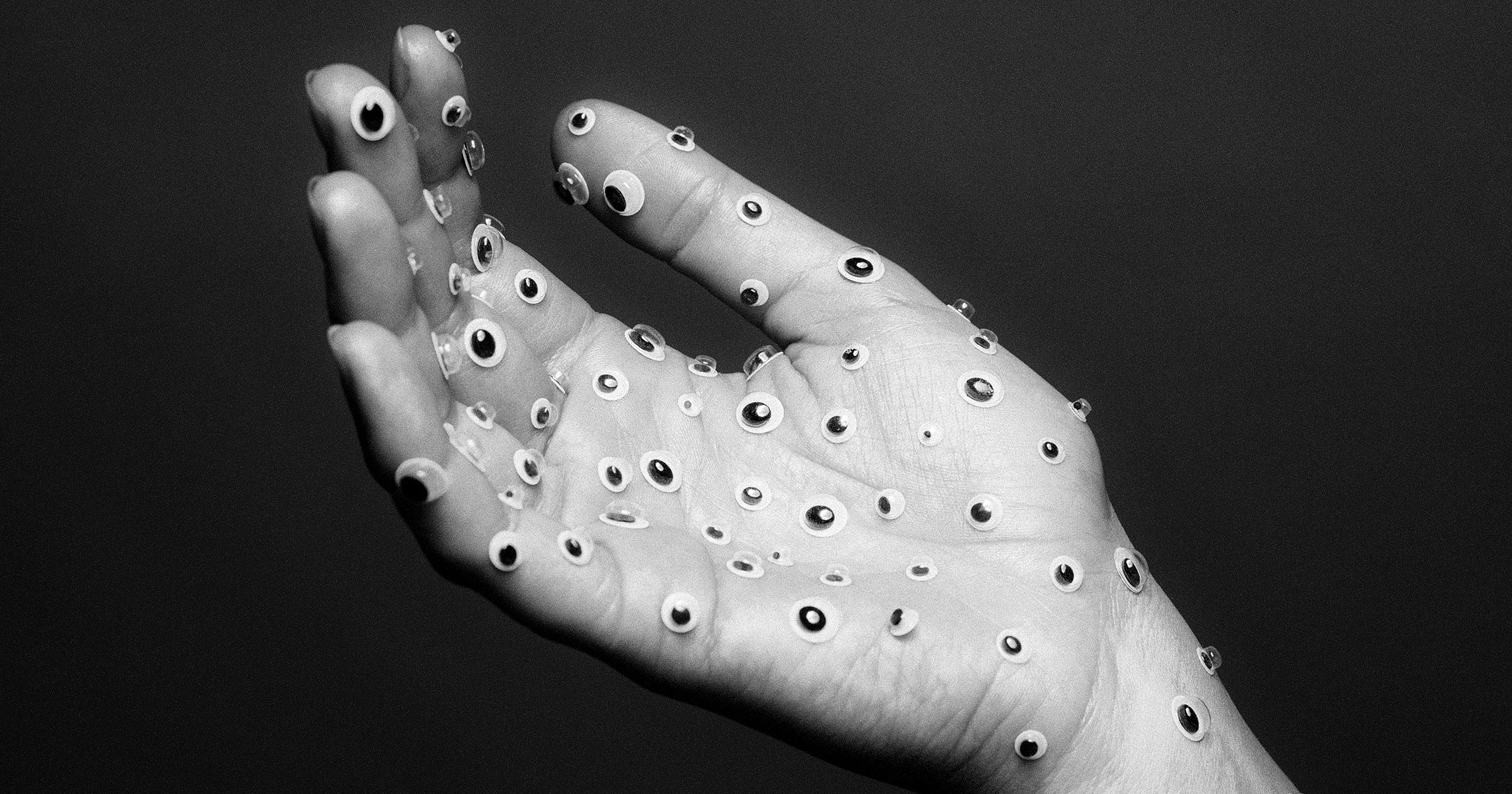 Veronica Roth is the author of the bestselling Divergent novels, which were adapted into a series of popular films. Her new novel Poster Girl tells the story of Sonya Kantor, a young woman raised in an authoritarian society in near-future Seattle.

“I wanted her to be not a typical hero figure, but to be someone who’s complicit in the authoritarian regime that fell, and struggling with how she understands that, and how she’s been manipulated by this system,” Roth says in Episode 528 of the Geek’s Guide to the Galaxy podcast.

Poster Girl imagines the ultimate surveillance state, where every action is recorded and judged by ubiquitous ocular implants. Roth says it was all too easy for her to imagine how Sonya might enjoy being constantly monitored and rewarded for her good behavior. “I was definitely one of those students who loved to be rewarded in school, and I was always good at tests, and I was always well-behaved,” she says. “It’s appealing to know that you’re doing the right thing, and you’re doing everything that you’re supposed to be doing, to a certain type of personality.”

The book was also influenced by Roth’s frequent trips to visit her husband’s family in Romania, a country that was ruled by the communist dictator Nicolae Ceaușescu until 1989. “Even now, if you go to the Christmas Market in Romania, they sell little magnets with Ceaușescu’s face on it, and this man was brutal and horrible to a lot of people,” Roth says. “But there are some people who have communist nostalgia, because for them it maybe wasn’t so bad during that time—maybe it was even better. But for everyone who benefits, there’s someone who doesn’t.”

Roth says the United States is closer to becoming a surveillance state than we’d like to think, and that researching all the ways in which our devices are tracking us has made her increasingly paranoid. “Basically you have to choose your poison—no system is particularly amazing,” she says. “We kind of have put this on the user to find ways to keep creeps out of your data, but I think that really shouldn’t be our responsibility, it should be protected on a grander scale.”

Listen to the complete interview with Veronica Roth in Episode 528 of Geek’s Guide to the Galaxy (above). And check out some highlights from the discussion below.

With the recent Supreme Court stuff about abortion, this has become more relatable to people. A lot of women have an app on their phone that helps them track their period, and there was a lot of talk about, “Oh, you should delete that app now,” because if the government can access your app data, then they could conceivably track when you last menstruated and determine whether you’ve had an abortion. And that’s deeply unsettling, but it’s just an example of how things can change overnight. … I went to the Women’s March in Atlanta after Trump was elected—my presence there was logged by my phone, and by social media—so if there was a significant regime change and suddenly it was criminalized to have gone to those protests—or not even criminalized, but it just puts you on some kind of list somewhere where you’re being watched—that’s closer at hand than people I think would like to believe.

It’s a sci-fi retelling of Antigone. … It’s post-post-post-apocalyptic. There’s one last settlement on Earth, and they’re all dying all the time. Basically I think the main difference [from the play] is that I had to ask myself how I was going to handle the incest, because Antigone is the daughter of Oedipus, who famously killed his father and married his mother, unwittingly, and then had children, and Antigone is one of those children. The incest of the play is important because she feels like she’s cursed from birth because of it, and other people in her society treat her that way. So I had to figure out if I was going to straight-up do that, and I decided not to because I wanted to create more wonder and mysticism around why she feels she’s cursed. So there’s pretty rigorous gene editing in this future, because of how everyone’s deteriorating in this Dying Earth environment, and she is not edited. So that’s the taboo that she carries with her as a curse.

I sent [Courtney Summers] an early version of the outline of [Poster Girl] with two endings. One was happier, and one was less happy. I chose the less happy one because she was like, “I don’t think the way you’ve set this up, that this is actually an ending that feels true to the book or feels earned.” … [The happy ending] just felt cheap to me. I felt the wrongness of it. I was trying to make it work, and I was like, “Well, what about this other thing I could do that’s way more of a risk for me emotionally?” And she was like, “You have to do that. That’s a great ending.” And I was like, “But I don’t know that I can bear it.” I remember saying that to her. Emotionally, as the writer of it, I didn’t know if I could live in that reality for that long. And she was like, “You can. You must.”

My mother was a model when she was younger, so when I was a kid she was always trying to give us advice—like for headshots for high school—she would try to give advice: “You need to do this or do that.” And I just remember getting the prints and being like, “Wow, none of what I was trying to do appeared on my face.” I have no idea what my face is doing at any given time. So I think that discrepancy between how you feel and how you come across is something that a lot of people can relate to. Especially introverts, I feel like. You feel this rich and complex inner world within you, and then externally people are like, “Hmm, kind of a quiet person.” And it’s like, “Wow, what a bummer, to be described that way.”