QAnon Pivots Its Exiled Online Movement to the Real World 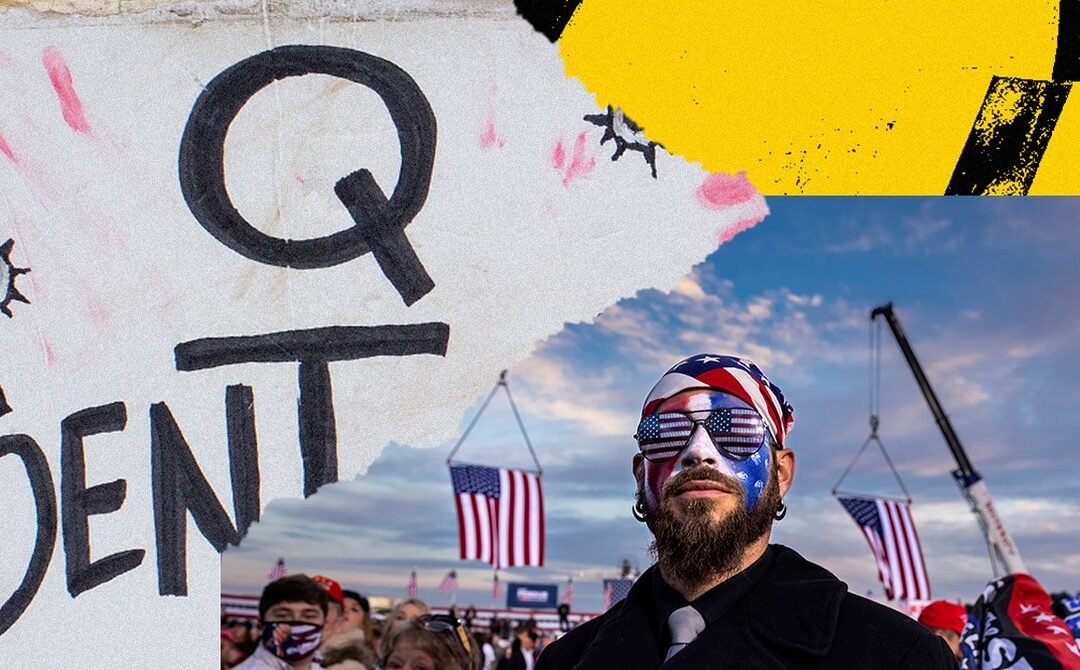 The crowd pulsed as more than 1,500 attendees stamped and sang “We’re Not Gonna Take It!” While the For God & Country Patriot Roundup, a QAnon-linked conference in Dallas in late May, began with narratives of unity and love, speakers alluded to or outright spoke of a second insurgency, including in a video with the words “INSURRECTION to RESURRECTION” and “THE ONLY WAY IS THE MILITARY,” and General Michael Flynn’s now infamous suggestion that a Myanmar-style coup should happen in the United States.

Though many have questioned how QAnon will survive without their anonymous “leader,” Q, the event signaled a new phase as online conspiracy theories transform into in-person actions and events. Similar to other efforts to overthrow the 2020 election based on false claims of voter fraud—including former president Trump’s recent Ohio rally and ongoing support for the Maricopa County audit—the Patriot Roundup brought a new sense of urgency and motivation that speakers sought to channel into local political action. And while QAnon has struggled to recruit online, the movement has found new communities to target, including evangelical Christians.

Throughout the weekend, speakers advocated for local political engagement and in-person meetings, focusing particularly on school boards, child protective services, and running for local office. For example, when asked about forthcoming “military tribunals” and her election-overturning “Kraken,” former Trump attorney and QAnon advocate Sidney Powell insisted that the only plan is involvement in local politics. “No, there are no military tribunals going on,” she said. “There’s nobody that’s going to magically solve this problem for us.” She then encouraged attendees to get involved “in your precinct, in your school districts, in every part of your lives to reclaim this country.” While politically engaged QAnon supporters have run for local office in the past, the conference marked a formalized coordinated effort.

The push for local activity and offline events is a pivotal response to QAnon being deplatformed from the likes of Facebook, Twitter, Reddit, and YouTube. Throughout the weekend, speakers made these removals a key narrative of oppression. Alluding to the deplatforming of QAnon supporters immediately after January 6, one speaker, “Kate Awakening,” called it “the Purge” and said, “it was almost like the scene from Titanic.”

“Us getting together, this was the next inevitable step,” said Brad Getz, a QAnon content creator and another speaker. “They can censor us–you know we’ll just take it on the road then.”

Flynn, a keynote speaker, likened deplatforming to a military conflict: “We’ve been getting picked off from the social media tech titans left and right … We are fighting for an information beachhead right now.”

Speakers and attendees also continued to speak energetically about combating election fraud and mythologized the January 6 Capitol attack. Many referenced the Maricopa County “audit,” a recount of votes which is considered to be highly partisan and has been dismissed by the GOP chair of the Maricopa County Board of Supervisors. Many attendees believed it would produce a chain reaction of similar audits in other states that ultimately would overthrow the verified and certified results of the 2020 election. Maricopa-style audits promoted by Robin Vos in Wisconsin, Steve Carra in Michigan, and Dave Argall in Pennsylvania, among others, are poised to continue fueling this narrative and the violence associated with it.

Many attendees and speakers also shared stories of being at the Capitol on January 6 with pride, nostalgia, and invariably cheers.

“We know that the media, your friends, your family want to shame you and tell you that you did something wrong … I myself wear January 6th as a badge of honor,” said Couy Griffin, a New Mexican county official who is under investigation for breaching the Capitol. Evoking the QAnon motto, Griffin exclaimed, “Because where we go one …” and the audience shouted back, “we go all!”