Samsung’s New Phone Repair Kits Are Better Than Nothing 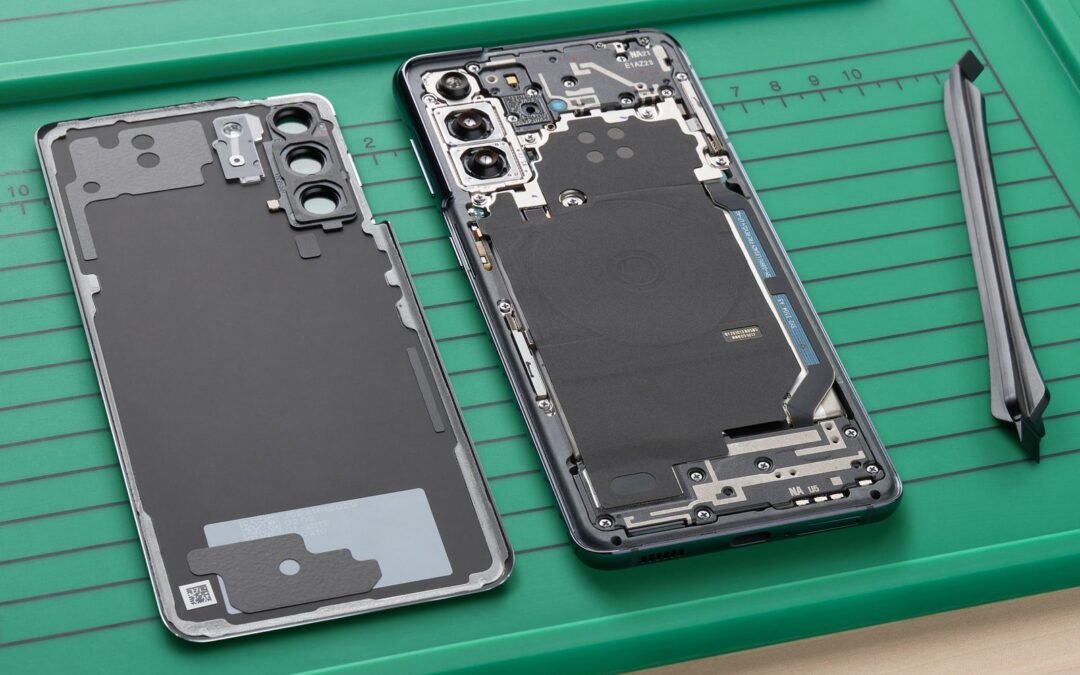 Samsung officially introduced its repair kit program in the US this week. Now, anyone who owns one of the handful of Galaxy phones covered by the program can order the parts, tools, and instructions needed to fix their devices themselves.

The company first announced its repair program in April. Thanks to some laws in Europe that require devices to indicate how repairable they are, similar legislation that secures consumers’ rights to repair their own phones, laptops, and gadgets feels all but inevitable in the US. Companies like Samsung and Apple are eager to get ahead of it and set the tone for what device repairability will mean. Problem is, now that these companies have unveiled their repair kit programs, it appears they offer more of a morsel of reparability than a full buffet.

Samsung has only made repair kits available for some of its products, namely the Galaxy S20 and Galaxy S21 phones, and the Galaxy Tab 7+. That’s seven devices total, out the hundreds of Samsung gadgets still in service. What’s more, only certain parts of each device can be repaired: The screen, charging port, and back panel glass. (Galaxy Tab owners can also replace the battery.) While Samsung’s repair kit rollout is limited, it’s been a smoother process so far than when Apple introduced its repair program in April. Apple’s kits were expensive, unwieldy, and often more bother than they were worth.

Samsung, along with Google (which makes available parts and tools for its Pixel phones) has partnered with the right-to-repair advocacy group iFixit. It’s a good partnership and a step toward a more repairable future. But for now that future is only manifesting in fits and starts. If Samsung, Apple, and other companies want to build out a robust self-repair program before the regulatory hammer comes down, they’ll have to step up their efforts.

Here’s some more news from the Gear desk.

Say what you will about Amazon, but there’s no denying that it’s just a big ol’ hungry bear that wants to gobble up everything around it. The latest entity to slide screaming into Amazon’s gaping maw is iRobot, the company that makes Roomba vacuums. Amazon will be absorbing the company for a chill $1.7 billion in cash, which seems like chump change against its $3.9 billion feast of OneMedical last month. (That’s right, Amazon is a health care provider now too.)

Sure, there are all sorts of privacy implications from this acquisition, especially when you consider that Amazon may soon own the map of your home’s floor plan collected by the sensors on iRobot’s vacuums. But hey, just think of the other possibilities: Ring cameras in your robot lawn mower! Flying Dustbuster drones that listen to your conversations! Truly anything will be possible.

Remember Clubhouse? The audio-based social network took off in 2020 during the early days of the pandemic, when it provided relief from the isolation and Zoom fatigue many of us were feeling. (Ha ha, glad that’s over, right?) Since admission to the app was invite-only, it lended the Clubhouse experience a sense of exclusivity that made it feel exciting. Soon, Clubhouse became the go-to virtual meet space for Silicon Valley bigwigs to delight each other with their collective presence. Then the app opened up to the general public, and its appeal fizzled faster than a warm La Croix.

Now, Clubhouse is trying to recapture some of its old cool by making parts of itself exclusive again. A new feature lets users split rooms off into multiple Clubhouses (Clubs house?) that will enable them to keep their conversations private. Clubhouse is taking applications to create “Houses” now but will be rolling them out on a case-by-case basis.

Clearly Clubhouse is hoping that these smaller, more curated experiences lure users back from the many other, much more popular audio chat services. When announcing the feature on Twitter, Clubhouse CEO Paul Davison wrote, “The best social experiences are not open to everyone. They are small and curated. This is what creates intimacy, trust, and friendship.”

After a controversial move to prioritize its TikTok clone Reels in user’s feeds, Instagram is digging in on another buzzy online trend: NFTs. In May, Instagram CEO Adam Mosseri announced that the social platform would dip its toes into the then-piping-hot NFT waters. Of course, the NFT market has cooled off considerably since May. Still, this week Meta CEO Mark Zuckerberg announced that his company is expanding its plan to enable NFTs across Instagram in more than 100 countries. The feature will let users create posts as NFTs, and buy or sell them using digital wallets.

The hallmark of NFTs has always been that they’re digital. Artists minting their works as NFTs create a marker on a blockchain that indicates that a work is an original. Otherwise, the piece itself is as infinitely re-creatable as any online GIF. (OK, it’s actually way more complicated than that, so here’s a guide explaining exactly how NFTs work.)

Now, thanks to companies like Infinite Objects and Tokenframe, you can take that digital art and stick it on your wall. This week on the Gadget Lab podcast, WIRED’s Lauren Goode and Michael Calore talk about the weird world of NFTs and how physical frames for digital art might make the whole thing more approachable for the uninitiated.