Streamers Use Playlists to Control the Music Industry 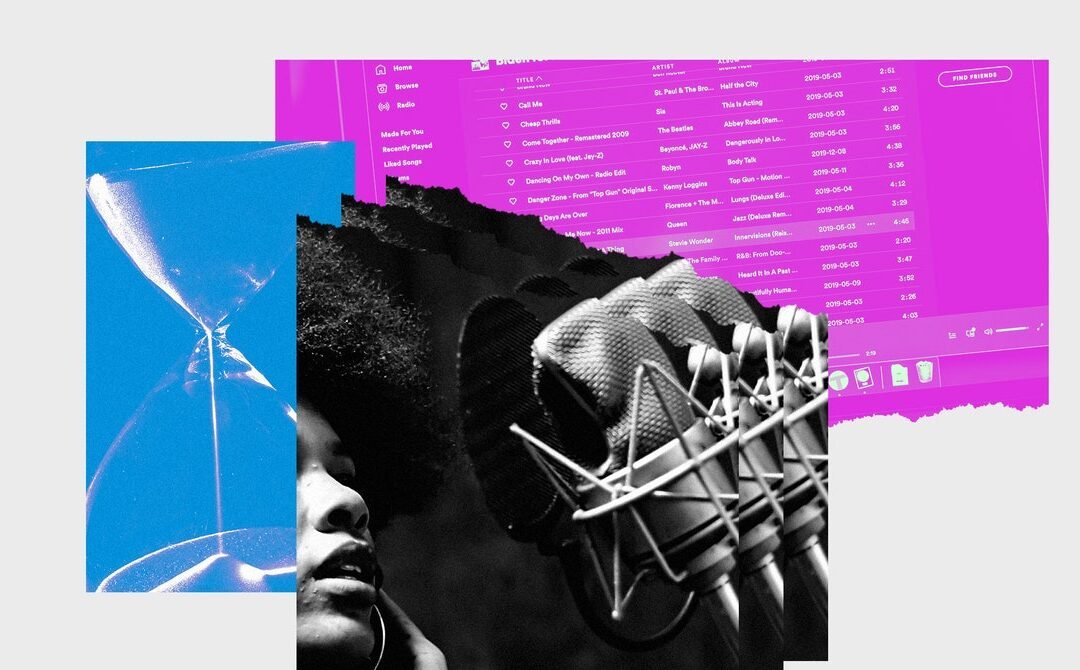 Paul Johnson’s life was like any other struggling musician’s—working multiple jobs, picking up gigs, hustling. Then his warm acoustic folk-pop tune “Firework” made it on to one of Spotify’s Fresh Finds playlists, designed to surface brand-new artists. Spotify and other streaming platforms invest heavily in playlists, ranging from the algorithmically generated Discover Weekly (which predicts new music subscribers might like) to the editorial RapCaviar (the most desired real estate in hip-hop). Playlist placements are highly coveted, both for how they rack up the streams—more than 7 billion in five years, in the case of RapCaviar—and the way they expose music to new listeners. The latter paid off for Johnson.

His first playlisting shot him from a few thousand streams a day to 20,000, and later, as his music landed more and more spots, to hundreds of thousands. Thanks to this exposure he’s now making around $200,000 a year, mostly in royalties from streaming. That’s brilliant for Paul. But, like almost all successes in music, it’s a Horatio Alger story. Spotify wants you to believe the rags to riches transformation is due to hard work and talent when it actually requires a huge amount of luck. Ignoring that luck element illustrates how difficult it is for musicians to support themselves via streaming revenues—and how many hard working, talented people will be unable ever to do so.

Immediately before the streaming era began, we experienced one of the rare moments in the history of recorded music when power flowed in the direction of artists. Although it was an economically disastrous time for many of them, the democratization brought by digital technologies and the internet also finally forced record labels to reform abuses they’d carried off for decades.

Now, however, the recorded music market is again taking on its former hourglass shape, this time with the streaming platforms at the center. Just as the music industry is organized to let labels and publishers scoop up much of the value of music, the streaming platforms, as they become more powerful, are positioning themselves to do the same.

The most dominant, Spotify, tells investors it plans to leverage its listeners into a massive digital ad play that would make it a market leader behind only Google and Facebook. It pushes playlists with names like Mood Booster, Happy Hits, Life Sucks, and Coping with Loss to extract what the company claims is subscribers’ real-time mood and activity data, then flogs it to sell ads. But this is almost certainly a counterfeit claim: Like the rest of Big Tech, Spotify is better at selling advertisers the idea that it has a mind-control ray to make people buy stuff than it is at actually persuading people to buy stuff. The real money will come from Spotify inserting itself as a gatekeeper between musicians and listeners. And those very same playlists that gave Paul Johnson and other artists their breakout success will be central to its ability to do so.

Streaming is sold as a way for listeners to access almost any music on command. Increasingly, however, obeying nudges from streaming platforms, subscribers listen to playlists prepared by algorithms or human curators instead of making their own selections. As the International Federation of Musicians points out, playlists are increasingly pervasive: “There is one playlist for each moment of the day: wake-up, breakfast, work-out, relaxation, meditation, running, partying etc. one single click of a button and music is on for the next 30 minutes or the entire evening or night.”