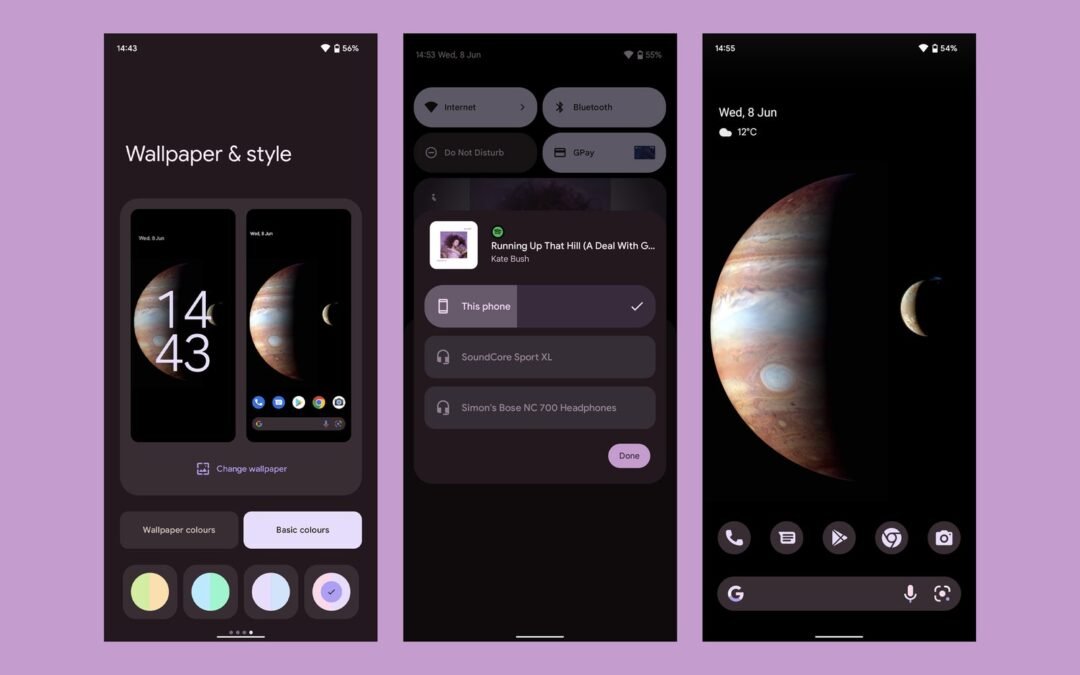 Android 13 is the latest version of Google’s mobile operating system (internally code-named Tiramisu for all you dessert fans), and as per usual, it brings a range of new features and upgrades to Android phones and tablets. We’ve been playing around with it for a few months, and it’s more evolution than revolution over Android 12. Don’t expect any groundbreaking changes.

It’s available for some Android phones now and will continue to roll out to others over the coming months. We’ve rounded up many of the top new features here, and have instructions on how to download it yourself.

If you have a Google Pixel phone (Pixel 4 and Pixel 4A and newer) you can download Android 13 now. Simply go to Settings > System > System update and tap Check for update.

Other Android devices from the likes of Samsung, Asus, HMD (Nokia phones), iQOO, Motorola, OnePlus, Oppo, Realme, Sharp, Sony, Tecno, Vivo, and Xiaomi can expect to get the update later this year. If you can’t wait, it’s worth noting that some of these devices are eligible for the Android 13 Beta program (Google has a list of manufacturers here, including Samsung). If your device is supported, you can enroll in the beta program via this link.

After signing up, you can download and install the latest beta release as an over-the-air (OTA) update, but beware—beta releases can be unstable and glitchy. Before enrolling, we strongly recommend you back up your Android phone, or there is a real risk of losing precious data.

Updates should automatically pop up, but you can always check if you have the latest version by going to Settings > System > System update and tapping Check for update. Want to get off the beta and go back to Android 12? Go to Google’s Android Beta page, scroll down to find your device, and hit Opt Out. This will entail wiping all locally saved data, so make sure you back up your device. You’ll get an update prompt so you can go back to the older version.

If you don’t have a Pixel or a device in the Beta program, check your manufacturer’s website, forums, or social media to learn when you can expect to see Android 13.

We’ve noted our 13 favorite features and improvements in the latest version, but there are many more small upgrades. You can dig deeper at Google’s developer site.

Building further on Google’s Material You concept to enable deeper personalization, Android 13 supports more colors in the theme options. Currently you can choose from four wallpaper colors and four basic colors, but in Android 13, there are 16 of each. Just tap and hold on an empty bit of home screen or go to Settings and choose Wallpaper & style to find the new color theme options. If you toggle on Themed icons, you should also see more of those now. (Google is encouraging more developers to create them, so it’s not just Google and system app icons.)

When you copy something in Android 13, a small floating panel pops up at the bottom of the screen, and you can tap to edit the contents. You will sometimes see relevant options. For example, if you copy a URL, you get an option to open it in your browser. You can also copy on one Android device and choose to paste on another that’s nearby (if you’re logged into the same Gmail account), so no more having to email yourself from phone to tablet. Your clipboard history will now be automatically cleared after a while (possibly an hour) to preserve your privacy.

There are several improvements in Android 13 that limit what your apps can access. Firstly, when an app asks permission to access media files, these will be categorized into images, video, or audio files. With the new photo picker, you don’t have to grant access to all of your photos. You can specify which photos and videos an app can access instead of allowing it to dive into your whole photo library (a feature that has been available on iPhones since iOS 14).

Until now, enabling an app to scan for Nearby Wi-Fi Devices meant granting it location-tracking permission. Thankfully, that’s no longer the case, as there’s now a separate Nearby Wi-Fi Devices permission option. The Privacy dashboard (accessed via Settings > Privacy > Privacy dashboard), which displays all the apps that have accessed the camera, microphone, location, and other permissions over the past 24 hours, now can show history from the last seven days.

As Google finally gets serious about tablets, there are several changes in Android 13 designed to make life with larger screens a bit easier. On an Android tablet or folding phone, you can now see a task bar at the bottom with frequently used apps (you can hide it), a two-column arrangement for quick settings and notifications, and easier drag-and-drop multitasking with the option to pin app pairs in the Recent Apps menu. There’s also support for Wear OS smartwatches to unlock tablets automatically and audio switching support, meaning your wireless earbuds will switch from phone to tablet when you start playing a movie on your slate. Google has been rolling out updates to more than 20 Google apps with redesigned interfaces that make use of larger screen sizes, including YouTube Music and Google Maps (Android 13 not required).