The Amazon Rainforest May Be Nearing a Point of No Return 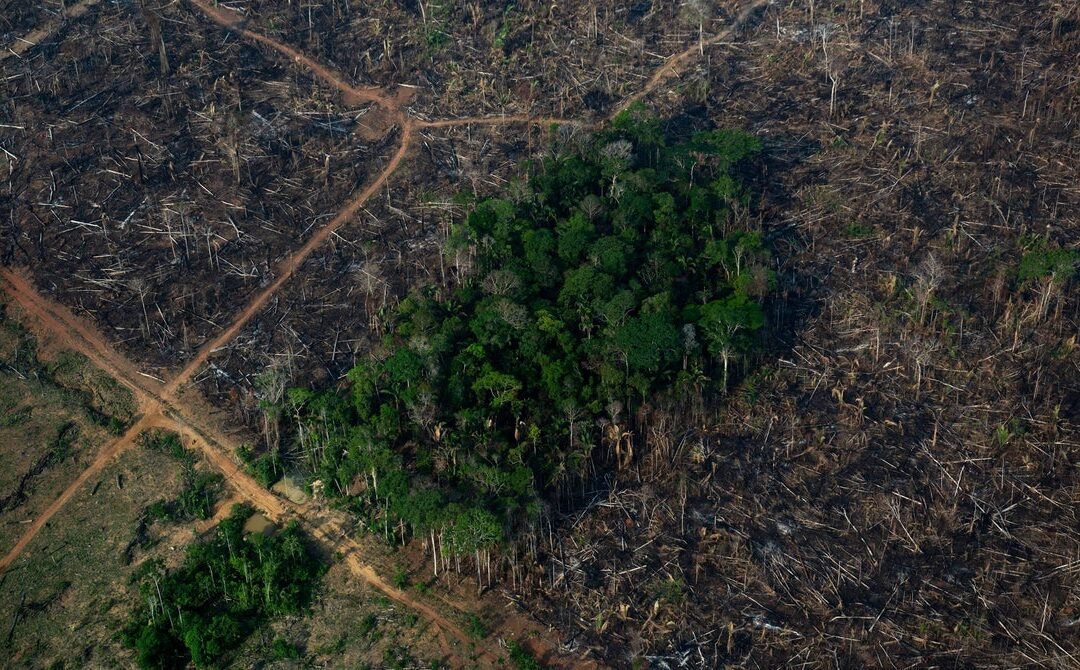 The Amazon is also taking longer to recover from perturbations like weather events, which unfold over weeks or months, as well as the longer time frames of drought. “That suggests that the system is slowing down,” says climate scientist Chris Boulton of the University of Exeter, lead author of the new paper. “It’s taking longer to recover from the short-term fluctuations that are perturbing it away from its happy place.”

You wouldn’t know that from a more simplistic measurement of the Amazon, like satellite images that show only the rainforest’s land cover—where the forest is and isn’t. VOD allowed Boulton and his colleagues to parse the biomass in much finer detail, giving them a more complete picture of how the Amazon responded to extreme droughts. Not well, as it happens: Loss of resilience spikes when the landscape dries out. “There’s been three 1-in-100-year droughts in the Amazon fairly recently,” says Boulton. The team saw a spike in their signal during the droughts of 2005, 2010, and 2015, he continues, “which suggests that it’s picking up that kind of change in resilience. But that’s alongside a general increase in the approach toward a tipping point, regardless of those individual events.”

Another major threat is logging, including a kind that’s done by thinning selected trees but leaving others. But even if loggers don’t completely raze an area, they can still destabilize the forest. “What is concerning is in addition to deforestation, which is relatively easy to monitor and keep track of, we’re seeing a big increase in what is called forest degradation, where biomass is extracted from the forest,” says environmental scientist Pontus Olofsson, who studies the Amazon but wasn’t involved in the new work. “So they’re cutting down trees, but not to the point that the land cover is changing. So that land cover remains forest, but with fewer trees.”

Ranchers, too, contribute to a more subtle weakening of the landscape. They may fell trees but leave a patch of forest standing. Because the animals left inside that little patch are now surrounded by barren land, they don’t dare leave their island. Even birds won’t risk trying to make the journey out of the patch. At the same time, the edges of that rainforest are now exposed to open air, and they rapidly degrade. A rainforest is supposed to be wet, but now its edges are baking in the sun. Over time, rainforest vegetation dies off, and savanna-style grasses creep inward.

This can even happen on a smaller scale when people slice through the Amazonian biomass to build a road or electric lines—the edges of that slice will dry out, initiating that creep. “What happens in the deforested area doesn’t stay in a deforested area,” says tropical ecologist Paulo Brando of UC Irvine, who studies the Amazon but wasn’t involved in this new research.

This new study found that the Amazon loses resilience when it’s butted up against human activity. Brando’s own research has found that about 17 percent of the southeast Amazon, where deforestation is particularly acute, is within 100 meters of one of these dried-out edges. That’s a huge problem, because the Amazon is an extremely sensitive hydrological machine: Trees soak up rain and release water vapor as they photosynthesize—so much water, in fact, that the Amazon generates its own rain. “Evapotranspiration is very important in the water cycle to produce precipitation,” says Gatti. ”The Amazon can put in the air a comparable amount that the Amazon River discharges to the ocean—it’s a very big amount of water vapor in the atmosphere.”