The Battle Over Women’s Data 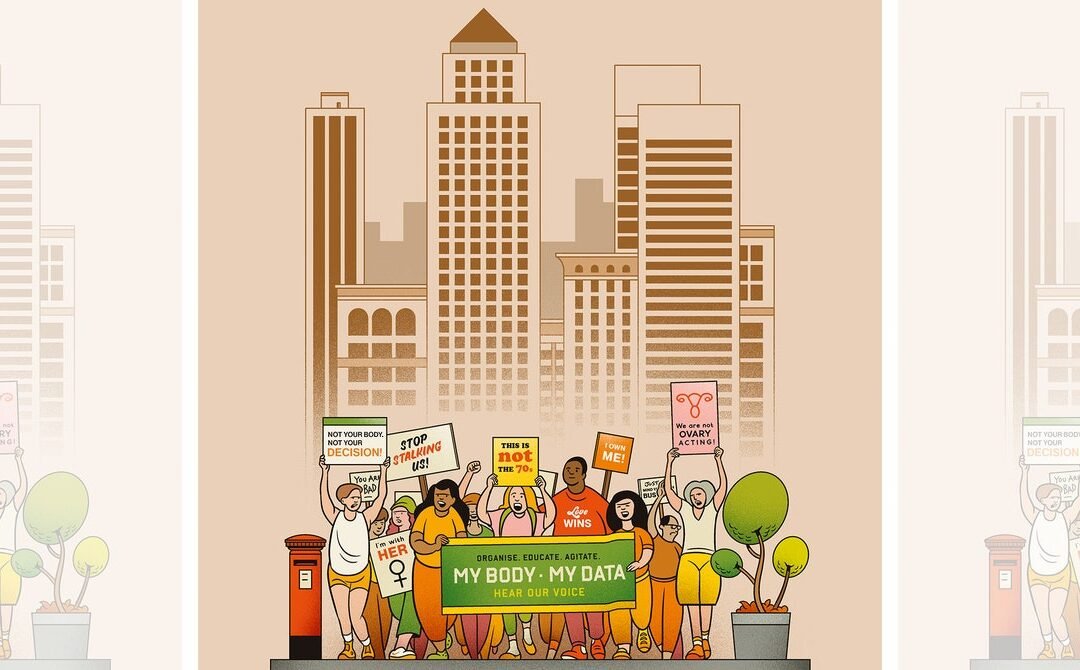 2023 will be the year that the battle over data ownership takes to the streets.

The United States Supreme Court’s repeal of Roe v. Wade has politicalized women’s bodies—and not only in the US. When the ruling was debated in Westminster, several UK parliamentarians took the opportunity to question a woman’s bodily autonomy.

The reaction of every woman I know—and many men—was instinctive and visceral. We are being transported backwards—to the 70s, or before.

But there is a difference. In those eras, we didn’t have artificial intelligence and big data. We did not have digital.

We are all digital beings now. It’s been over a decade since the story broke of how supermarket Target knew a teenager was pregnant before her parents did, based on what she was purchasing. Think of the tremendous “advances” in algorithms, data collection, and adtech since then. Legislation has not kept pace.

There are many very clever people in tech, but their approach to data trafficking has been driven by profits rather than principles. The Supreme Court judgment politicalized the data women generate about our bodies, putting it at the heart of one of the most polarized and toxic political divides. My prediction is that 2023 will bring the data rights debate into the real world.

The original Roe v. Wade judgment was based on the idea of privacy. Its repeal is going to supercharge the question of privacy in the digital world.

Even before Roe was struck down, many raised concerns about the apps people used to track their periods. When not being pregnant can be an offense—if you were pregnant in the recent past—information about your periods becomes evidence for the prosecution.

We have already seen women criminalized for miscarriages. States will subpoena data in the interests of prosecuting abortion providers and clients. In addition, states such as Texas and Oklahoma have “bounty hunter” laws that allow individuals to pursue women who have abortions, which could spur digital stalking.

Women are switching from period-tracking apps with known data issues, such as Flo, to apps that promise greater privacy, such as Stardust, although their privacy promises are still unproven.

But the problem is not only limited to period apps: Any app that tracks your temperature, for example, may have data that infers your reproductive state. And what about inferences made from what you buy (the Target example looked at whether women were buying scented moisturizer or not) or what interests you? (Google announced it will delete visits to abortion clinics, but what about searches for abortion clinic locations?)

In practice, tech companies will almost certainly comply with state law unless there is superseding federal regulation. That means handing over information as requested by court orders. Because of the toxicity of the abortion debate, we may see an arms race in terms of enforcement in American states.

Deleting period apps is not enough. Your phone, the sites you visit, the other apps you run—all monitor you. Even in the UK, it is perfectly legal to sell this data if it has been aggregated and supposedly anonymized. As computer scientist Latanya Sweeney famously showed, the term “anonymized data sets” should have “pseudo” in front of it. Even most data that has been deleted is recoverable.

Fundamentally, the business model of the entire “legal” web is geared to understanding you well enough to sell you what you might want to buy. And being pregnant influences your prospective purchases.

As an engineer and tech evangelist at heart, I have long been troubled by the lack of individual autonomy over the digital footprints we are all leaving. I predict we will see women and their allies on the streets in 2023, demanding control over our data as a means of control over our bodies.