The Kid Surveillance Complex Locks Parents in a Trap 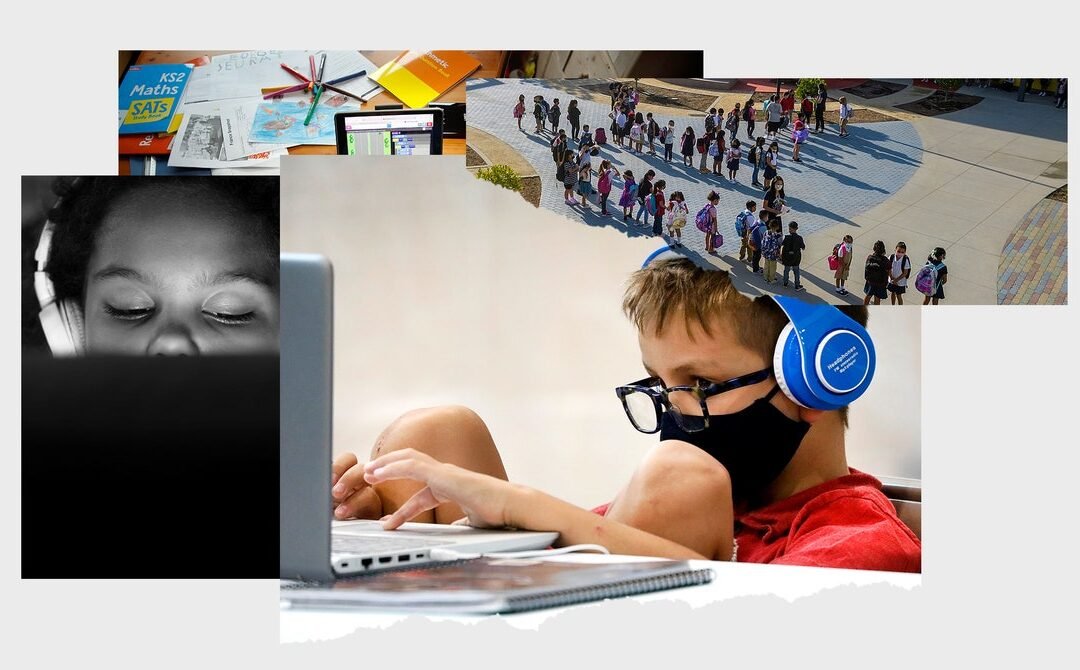 It’s all too frictionless to get sucked into the parental panopticon: The simple, slick, and seductive interfaces are designed to make parents feel warm, fuzzy, and responsible about constant monitoring. A child’s circular avatar on the known map eases the heart-walking-outside-your-body anxiety that has been a part of parenting since time immemorial. When we check on our kids online and see that they’re safe, the designs can make us think they’re safe because we checked.

It’s easy to fall into when a child is first going into the world on their own—but should you be doing it for your 15-year-old? Your 20-year-old? Three years after the text cloning incident, my kid, by then a teenager, arrived home upset one afternoon, herself appalled. “Mom, my friend’s parents just CALLED HER and chewed her out,” she yelled, “because we were a block away from where she was supposed to be. We just went to a different café after school because the first one was crowded. They’re tracking her ALL THE TIME.” Also, a member of an online parenting group I’m in recently confessed that she was tracking her child away at college, without the young adult’s knowledge. It just felt good and alleviated the pain of missing her newly independent kid. The group was uneasy, but split on whether this was a violation. Where would it end? And why don’t we have an offramp?

Constant vigilance, research suggests, does the opposite of increasing teen safety. A University of Central Florida study of 200 teen/parent pairs found that parents who used monitoring apps were more likely to be authoritarian, and that teens who were monitored were not just equally but more likely to be exposed to unwanted explicit content and to bullying. Another study, from the Netherlands, found that monitored teens were more secretive and less likely to ask for help. It’s no surprise that most teens, when you bother to ask them, feel that monitoring poisons a relationship. And there are very real situations, especially for queer and trans teens, where their safety may depend on being able to explore without exposing all the details to their family.

We need to switch to a paradigm of teen safety that empowers kids and sets them up to transition to internet and IRL independence. We need an online equivalent of Free Range Kids, the organization that encourages parents to let children do things on their own in physical space.

But we also need to relieve parents of the expectation that only their minute by minute vigilance can protect their teens from online and offline disasters. Ever-increasing individual parent monitoring has become an easy cop out for tech companies. Rather than fix extreme diet content on Instagram, say, Instagram can ask parents to take on the burden of monitoring what a teen sees on its platform. In a 2020 report called The Unseen Teen, Data and Society investigated how social media companies effectively avoid designing for the needs of teen users. We need to demand better, and not just for better community management, easier reporting, algorithms that don’t push toward extreme content. Companies should treat teens with respect as a separate customer group, one that deserves their own direct relationship and not just tattling to a parent.