The Online Spider Market Is Massive—and Crawling With Issues 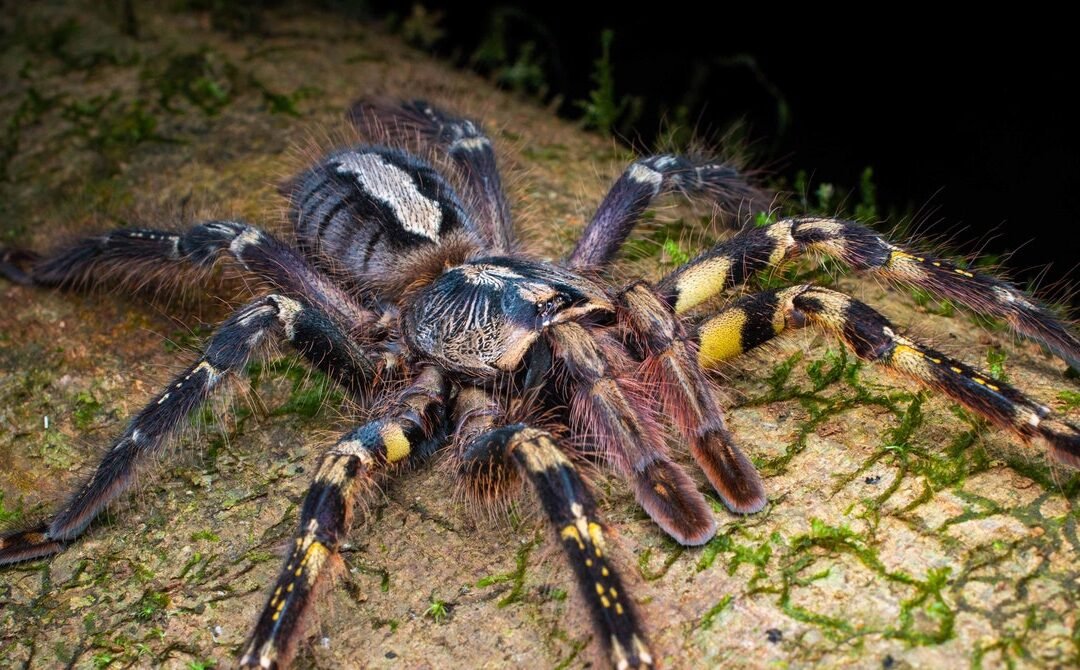 Stewart says public interest in spiders and scorpions has exploded as people realize they are actually low-maintenance pets that don’t need walking three times a day and can be kept in apartments or small homes without a backyard. “They’re fascinating creatures, and they’re beautiful,” says Stewart, who has been collecting them for the past 20 years.

That said, he agrees that international spider trading can be a problem because unethical collectors can decimate wild populations. “We don’t just like tarantulas because they look cool,” Stewart says. “We’re more fascinated by them and want to preserve them in the wild, so you don’t want to buy a wild-collected tarantula. Now it almost makes you a pariah because you’re part of the problem.”

Stewart doesn’t breed tarantulas himself—he says he buys them from reputable dealers—but he says it’s just a lot cheaper to breed them than to import them from the wild. “Importing tarantulas is a very expensive and time-consuming process,” Stewart says. “There’s a lot of red tape you have to go through. You have to get permits from the US Department of Agriculture and the US Fish and Wildlife Service. Even collectors have to prove that these are ethically sourced and that they were taken out of the wild with correct permits just to get them imported into the country.” Stewart advises people to avoid dealers who can’t identify the source of their arachnids, and to research dealers on chat groups such as Arachnoboards.

Still, without any kind of international certification program, it can be difficult for a tarantula-lover to actually know the creature’s origin—is the seller a legal breeder here in the US or a collector who plucked it from its nest in a tropical forest and smuggled it out of the country? In 2019, just weeks after scientists in Malaysia discovered a new species of tarantula, later named Birupes simoroxigorum, a trio of collectors from Poland went on an expedition and sent several of them to the United Kingdom without proper permits, according to a report in the journal Science. Members of that same rare species, which is also commonly known as the neon blue leg tarantula, are currently being sold online in the US. While no US law prohibits the purchase of this particular species, international and US laws do protect certain tarantulas from Sri Lanka, making it illegal to import them into the US or transfer across state lines unless they are gifted to a zoo or a university, according to Stewart.

Overall, most regulations fall on suppliers, not customers. Each country requires its own permits to collect wildlife. And in the US, federal permits are required to import tarantulas and other exotic pets, but not to purchase them.

Currently, each state also has its own laws governing the ownership of exotic pets, although new legislation that has passed the House of Representatives would ban the sale of non-native exotic pets across state lines. The proposed legislation is in the form of amendments to the anti-wildlife-trafficking Lacey Act and is currently before a Senate committee. The proposal is designed to crack down on invasive species entering the US, but some veterinary groups say the legislation will make it more difficult for owners of exotic pets to get veterinary care.

“I would just invite people who love these animals and care for them to find out how those species are actually faring in the wild,” says Henriques, who also co-chairs the IUCN’s spider and scorpion specialist group. “If you love these animals, let them thrive in the wild. And let’s not be in a position where they are available now for you, but they will be gone for the next generation.”