The Shady Business of Selling Futures 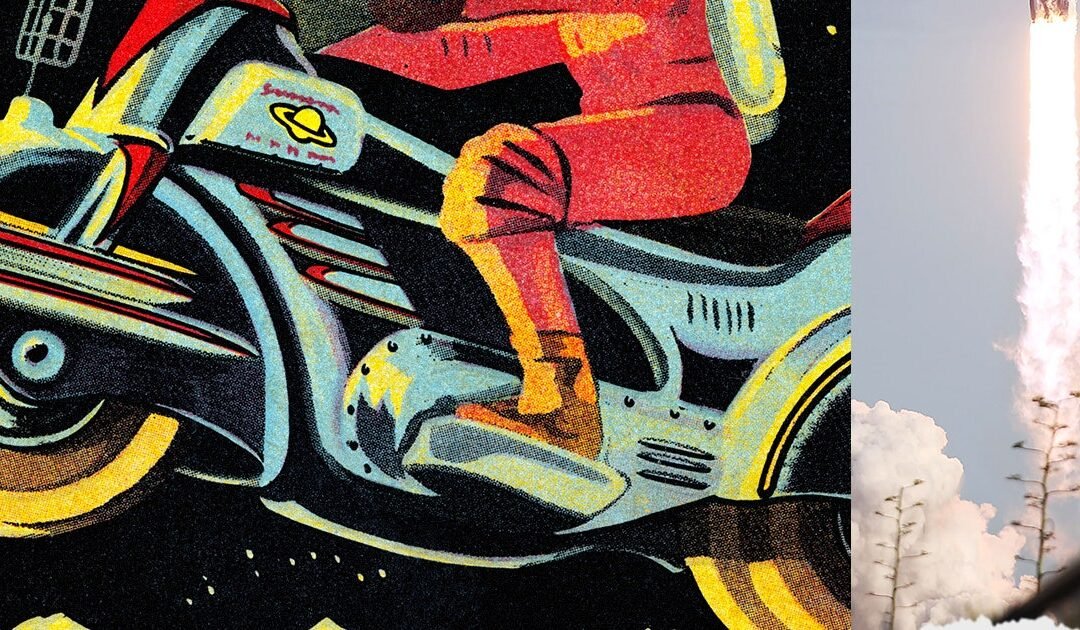 Future predictions always proliferate at the end of the year, but in 2021 something different is joining the usual speculations about gadgets and lifestyles: existential introspection. Amid Covid-19 variants and surging nationalisms, global economic meltdown and climate crisis, evolving emergencies are heightening the feeling that nearly everything is up for overhaul—from food to queerness, marriage to gaming, and aging to music. And with endemic uncertainty as the soul of the age, the future is as trendy as it’s ever been, which promises to exacerbate uncertainty.

“The future” itself has become a catchall catchphrase. Slack has branded itself as the future of work and launched its own Future Forum. Everyone from Facebook (now Meta) to Atari to the city of Seoul have declared the metaverse the imminent future of our reality. Universities are enacting “futures committees.” Governments are committing to sustainable futures. This “future” is less a specific moment in time than an act of promotion. Invoking it can be such a powerful signifier of progress and optimism that it can burnish questionable or staid ideas and initiatives and motivate people even in the face of the most dismal realities. “What the future offers,” wrote German historian Reinhart Koselleck, “is compensation for the misery of the present.” But if we buy into these visions too readily, the rosy futures being sold to us threaten to prolong misery. Riding out this fad of futurism requires understanding how we got here, who profits from it, and how to tell serious futures from schlock.

Humans have looked beyond their present for most of human history, whether expressed as prayers for rain or for salvation. But using prediction to strategize the future is an idea with only a brief past—widespread adoption in the West dates back only to the 1800s. In her book Looking Forward: Prediction and Uncertainty in Modern America, Jamie Pietruska explains how, amid the late 19th century’s scientific advancements and rising secularism, “prediction became a ubiquitous scientific, economic, and cultural practice,” manifesting in things like weather forecasting, fortune-telling, and prophecies about how business would grow or contract. These shifts coincided with the rise of modernity, the onslaught of social and technological changes that continues to steep developed societies in newness, progress, and creative ruination. As the Marxist philosopher Marshall Berman wrote, “To be modern is to find ourselves in an environment that promises us adventure, power, joy, growth, transformation of ourselves and the world—and, at the same time, that threatens to destroy everything we have, everything we know, everything we are.” He wrote this in 1982 and was describing the 19th and 20th centuries, but it applies even more aptly to a future Berman wouldn’t see, our current moment. Nonstop upheaval can be exciting, bewildering, and scary all at once. It triggers a desire to understand and control the chaos. The answer to future shock is future forecasting.

But not everyone experiences or imagines “the future” the same way. The linear march toward a future filled with progress is also a historical and cultural construct, one that has especially benefited the wealthy white men who have thought the future is theirs for the taking. If the future is conceived as a resource, then it’s been pillaged and exploited primarily by one kind of vision. Inequality and injustice limit access to the future just as they do to land or capital. For instance, as sociologist Alondra Nelson has observed, “Blackness gets constructed as always oppositional to technologically driven chronicles of progress.” Take the dream that the future world might be raceless, a view that simultaneously ignores the ills of racism while discounting the needs of Black people and culture. Other marginalized groups also find themselves bearing the brunt of dystopian futures while not being included within utopian ones. Consider what it means when futuristic technologies aim to simply erase disability or age, without taking into consideration either what older or disabled people desire, or what they can access. Power influences what kinds of changes emerge and who benefits from them.

Too many futures, from too many places, with too many agendas doesn’t invalidate the enterprise of prediction but adds to the confusion, thereby making prediction feel even more necessary.

While the capacity to plan for the future is often a luxury, it is also central to capitalism, which banks on things like returns on investments, prospective earnings, and coordinating supply and demand. (In large part, the supply chain’s current woes are a failure to anticipate the future.) Since the turn of the 20th century, there have been ever-expanding ways to profit off the future, as more and more areas of social life become terrains of speculative economic opportunity. Companies like WGSN forecast fabrics, silhouettes, and fashion moods; think tanks like Institute for the Future advise foundations and nonprofits on the future of health care or governance, and cultural trend forecasters like The Future Laboratory explain the consequences of virtual reality on Generation Z to their Fortune 500 clientele. Not to mention (white, male) business titans like Elon Musk, Jeff Bezos, or Mark Zuckerberg, who move markets with their hyperbolic and self-serving proclamations.

As someone who has been studying professional futurists for years, the barrier to entry does feel lower every day. Because the future is so top-of-mind, seemingly all it takes to be taken seriously as a futurist is to claim to be one. On the one hand, democratizing futurism means more voices, more imaginaries, and more possibilities—more capacity for more of us to plan. But there is also a price to pay when something as important as the future becomes subject to the whims of an attention economy where hype makes headlines and misinformation crowds out truth. It means we take foolish ideas from prominent people more seriously than we should. (Nuking Mars, anyone?) It means impractical technologies (like a laundry-folding robot) and unpublished studies (like this one about Covid transmissibility) get treated as though they are sound and verified. It means the concerns about the future can distract us from engaging in the present. It means, too, that those whose platform gives them the authority to speak and be heard about the future are rarely asked to question their assumptions and motivations. Take the breathless predictions about driverless cars, which were supposed to be ubiquitous by 2020 yet are still stymied by regulatory, infrastructural, and technological woes. When cultural change becomes a product, cheap versions abound, which threatens to cheapen our future, too.

A surfeit of predictions might make it seem like there is more certainty about the world. And of course, the rapid changes coming from all corners deserve our attention, action, and care. But forecasting is notoriously fickle, and there is little accountability for misguided predictions. (Many trained futurists will tell you that they don’t do predictions, preferring terms such as forecasts, foresight, or alternative futures, but this distinction is too insidery for most people to grasp.) What’s certain is that selling futures is a business that feeds off uncertainty—and uncertainty is its true product. Too many futures, from too many places, with too many agendas doesn’t invalidate the enterprise of prediction but adds to the confusion, thereby making prediction feel even more necessary. The future will stay trendy so long as the times feel turbulent—and so long as there is money to be made and attention to be gained from guiding those who feel, and will always be, behind the curve.

That’s why it’s important for everyone to be aware when the future is being used as snake oil to persuade us of the inevitability of what is really just another marketing plan. Asking who will benefit from a particular future vision is a good start; so is following the money. Interpreting and creating future forecasts is also a good reason for everyone to learn basic futuring methods like scenarios, environmental scanning, and backcasting. It’s also important to support organizations looking to reshape what futures mean, including Teach the Future bringing futures curriculum to schools and Afrotectopia empowering radical Black futures. We may not be able to stop the future from being trendy, but we can make it more on our terms. Our vigilance toward the futures being sold to us in the present is essential to ensuring a better future for the next generation, whom Neil Postman called “the living messages we send to a time we will not see.”