The WIRED Guide to Climate Change 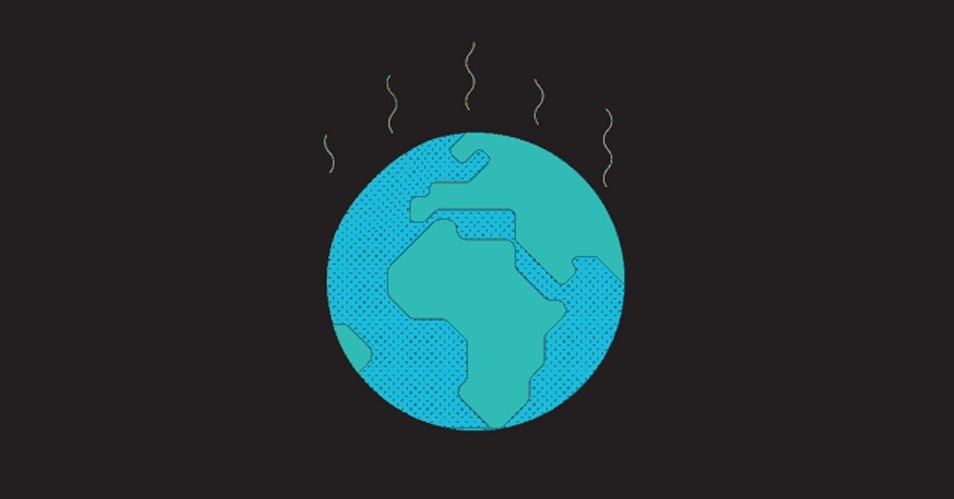 One of the more visible consequences of climate change is playing out in California. In recent years, wildfires have grown measurably more intense thanks to climate change. They burn hotter and faster, leading to catastrophes like the Camp Fire north of San Francisco, which virtually obliterated the 27,000-person town of Paradise, becoming the deadliest and most destructive wildfire in state history. It’s a matter of terrible timing: Usually California gets at least a little bit of rain in the fall that rehydrates vegetation, but no longer. This dryness coincides with seasonal winds that whip in from the east, further drying out vegetation and providing a turbo boost for fires.

Then in late 2019, Australia suffered an unprecedentedly brutal fire season, giving the world perhaps the most dramatic manifestation of the climate crisis to date. In an average year, 1 percent of Australia’s famous eucalyptus forests might burn. But in the 2019–2020 fire season, 21 percent went up in flames, obliterating whole ecosystems and likely dooming many species into extinction. The conflagrations were so bad, models predicted it would be 80 years before something like that happened.

Meanwhile, at the Earth’s poles, landscapes are transforming quickly and dramatically. The Arctic and Antarctica are warming twice as fast as the rest of the planet, which is of course leading to the rapid melting of glaciers, which in turn raises sea levels. But the land itself is also in literal upheaval. As frozen soils known as permafrost rapidly thaw, [massive holes](https://www.wired.com/story/abrupt-permafrost-thaw/) are opening up in the Arctic. This releases CO2 and the even more potent greenhouse gas, methane, kicking off a terrible feedback loop: More emissions from the Arctic landscape means more warming, and more thawing, and more emissions.

As glaciers continue to pour meltwater into the ocean, sea levels are quickly climbing. And it’s not just the volume of extra water in the oceans that people have to worry about: As water warms, it expands, pushing sea levels even higher. Miami is already seeing more severe flooding, and on the other side of the world in Indonesia, Jakarta is both drowning in rising seas and sinking because the city has pumped up too much groundwater, leaving the land to collapse like an empty water bottle.

The decline in arctic sea ice per decade since 1980. Melting sea ice and land ice sheets causes a warming spiral: On account of being white, ice bounces light back into space, while exposed, darker land absorbs more of the sun’s energy.

The decrease in thickness of Alaska’s Muir Glacier between 1941 and 2004. During that same period, the front of the glacier retreated 7 miles.

All of this has led 97 percent of climate scientists to agree that warming trends are very likely the result of human activity. And in 1988, that bulk of research led to the founding of the United Nations’ Intergovernmental Panel on Climate Change, which has now issued five assessment reports documenting all the available scientific, technical, and economic information on climate change. The fourth report, in 2007, was the first to clearly state that the climate was unequivocally warming—and that human-created greenhouse gases were very likely to blame.

Just because the panel came to a consensus doesn’t mean everyone else did, though. In 2009, climate scientists had their own WikiLeaks scandal, when climate deniers released a trove of emails from scientists, including the one behind the famous 1999 “hockey stick” graph showing a sharp upturn in global temperature after the Industrial Revolution—one that was clearly sharper than the many global warmings and coolings the Earth has seen. Excerpts taken out of context from those emails showed that researcher, Michael Mann, purportedly conspiring to statistically manipulate his data. Placed back in context, they clearly didn’t.

Political controversy has continued to call into question scientists’ consensus on data supporting the concept of human-caused climate change, motivated by the financial incentives of the fossil fuel industry. But in 2015, the world’s leaders appeared to transcend those squabbles. On December 12, after two weeks of deliberations at the 21st United Nations Conference on Climate Change in Le Bourget, France, 195 countries agreed on the language in what’s known as the Paris agreement. The goal is to keep average global temperature increase to below 2 degrees Celsius above pre-Industrial levels, and as close to 1.5 degrees as possible. It does so by having each country submit a commitment to reduce emissions and collectively bear the economic burden of a shift from fossil fuels—while acknowledging that developing nations would be denied a certain amount of growth if they had to give up cheap energy.