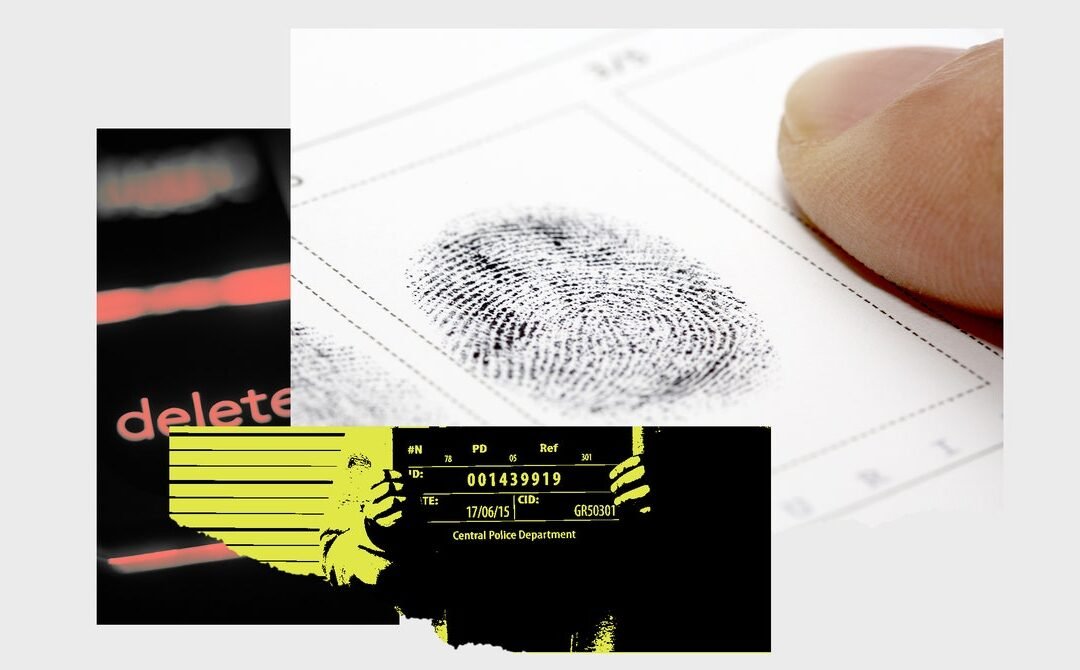 In April 2018, Adnan (a pseudonym) was wrongfully arrested in Newark, New Jersey, on the basis of an incorrect arrest warrant. A brief period in jail led to the criminal court judge dismissing the incident and moving to have Adnan’s arrest record expunged. A few days later, Adnan began receiving mysterious text messages from several “reputation management” companies that promised to help him get his mug shot removed from the internet. A few days after that, he received an email from a company that specializes in “arrest-related content removal.” Confused, Adnan contacted the local and state police departments to ensure that his expungement order had been received from the courts. It had, but Adnan’s arrest data was already in the hands of data brokers.

Every three seconds, a person is arrested in the United States, mostly for low-level incidents like drug possession or disorderly conduct. After that person is booked, they may or may not be charged with a crime by prosecutors, and even if they are charged, the case can end in a dismissal. This should be the end of the story.

But for millions of people arrested each year, the details of their arrest or criminal charge live on in digital spaces as their record is aggregated and sold to data brokers. Criminal records—which can include electronic criminal court dockets, public jail and prison rosters, and sex offender registries—are enormously useful for the data brokerage industry because they are cheap and replete with detailed personal information, including full names, aliases, birth dates, home addresses, and photographs of arrestees. The brokers then combine this data with consumer data to create profiles used for both advertising and risk prediction.

The details of the arrest—even if the person was not eventually charged—can end up being used for background screening reports in the employment and housing sectors, as internet fodder, or as part of risk prediction models that can determine a person’s credit or insurance eligibility.

A former arrestee also becomes subject to predatory businesses, such as reputation management and mugs hot takedown services or high-interest loans, that target people who have been through the legal system. An arrestee’s home address and photograph are available to a broad set of organizations that buy access to personal data, including private debt collectors, facial recognition software companies, police departments in other jurisdictions, and Immigration and Customs Enforcement.

Criminal records are also extremely valuable to the amorphous “people search” industry, where companies buy, scrape, and aggregate public court records that are then sold in reports for curious consumers searching for background information. These services are commonly advertised in search results for a person’s name, peppering Google with clickbait that tantalizes you to learn more about your new coworker or date.

All this is possible because data brokerage is a virtually unregulated practice in the US. Data brokers and people-search websites operate outside federal regulations such as the Fair Credit Reporting Act and in fact are covered by well-meaning transparency laws. For example, because these people-search websites are aggregators of public records—and not technically furnishing “official” background checks—they are not held to any accuracy or data integrity standards, and it can be nearly impossible for a person to get these reports removed or fixed, even though they’re cemented to their internet search results.