Tropical Futurism Envisions the Climate of Our Fate 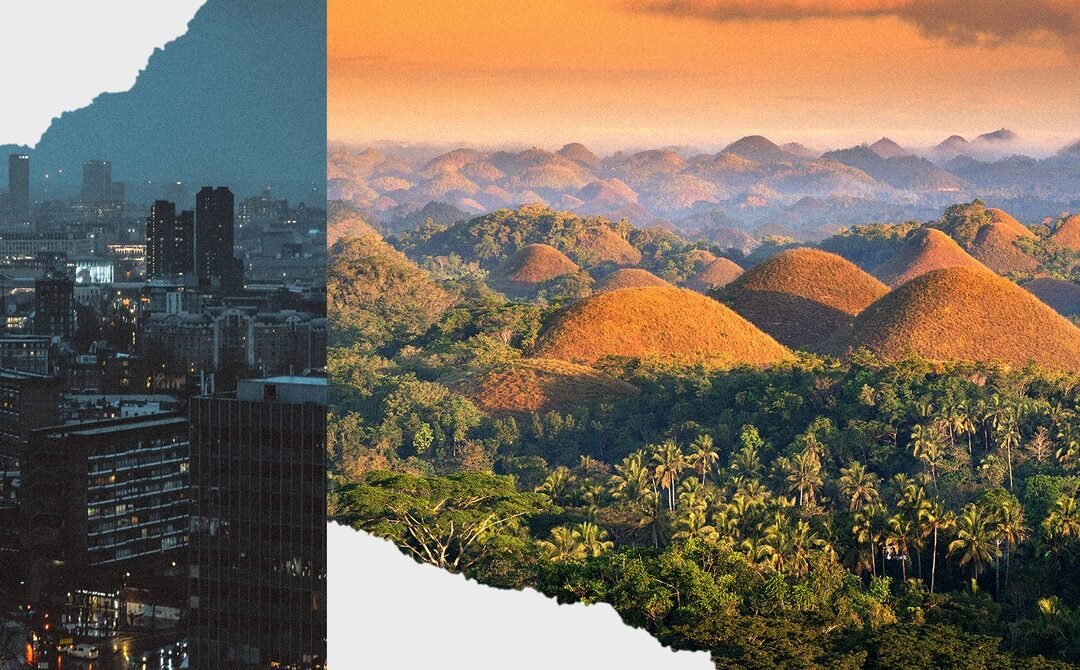 Is the future over? To some, it has been for some time. Ten years ago, the late critic Mark Fisher wrote of “the slow cancellation of the future” in his book, Ghosts of My Life, attributing cultural stasis to our collective inability to “grasp and articulate the present.” To Fisher, the future was already lost, not only to the fragmentation and acceleration we now accept as part of life shaped by the internet, but to “a general condition: in which life continues, but time has somehow stopped.” Such stasis ran counter to how Fisher’s generation understood the future as the destination at the end of an arcing arrow, ushered in by the pursuit of knowledge, liberty, and technological innovation. The future had been a myth whose certainty was owed as much to Marxist dialectics as to Henry Ford’s assembly line: We once rubbed sticks together to make fire and lived in feral chaos; soon, we will travel in inter-dimensional spacecraft and eliminate mass suffering. That myth has all but disappeared, as we have witnessed the eruption of past, present, and future into one simultaneous, repetitive, and famously uneven plane.

But wait—haven’t we witnessed leaps and bounds in innovation since Ghosts of My Life? Haven’t we since strapped into our VR headsets, watched esports championships in packed stadia, and sunk our wages into shadowy blockchains? How could the future have been over then, if it was to arrive for us now? Nearly a decade before Fisher, queer theorist Lee Edelman had something to say about that in No Future. In it, Edelman argues for a more specific cancellation: of “reproductive futurity,” or the organization of society and politics around generational succession.

Reproductive futurism and what we can think of as the “corporate futurism” of traditional innovation both favor superficial progress and narrative sequencing, “not toward the end of enabling change, but … of turning back time to assure repetition,” writes Edelman. Under reproductive futurity, we are collectively biased towards non-disruptive and incremental change, and against the radical, queer, or truly revolutionary that threatens the so-called “natural order” of biological sex, family values, and economic growth. So-called realism has trapped us in an interminable present, where even the most daring innovations fail to envision a better and more equitable world—and in fact depend on the failure of our imagination for their successes, if you consider how Amazon’s delivery-on-demand has merely set a precedent for further deteriorating working conditions; or that Elon Musk’s Hyperloop only makes sense in a future without public access to transit; or how Meta can only envision alternate-dimensionality as an office-cum-mall that hasn’t even corrected for landlords.

There is much to love about Edelman’s perspective, the way we’re urged to embrace “the queer death drive” and turn away from the horizon of the future entirely. He closes a chapter with the slogan: “The future stops here.” If reproductive futurism is fixated on meaning-making, as in, drawing existential poignance out of the illusion of progress and succession, then Edelman’s proposition encourages the rejection of meaning and determinacy itself in the pursuit of ideological liberation. Yet it isn’t this liberatory orientation toward the now, but rather a conspiracy of forces—the demands of survival, a pessimism of political will, a systematically undermined working class and racialized underclass, and so on—that traps so many of us in the present, keeping the future in the stewardship of globalized corporations to whom its domestication remains a top priority. No doubt you’re familiar with the kind of consultants who have dubbed themselves futurists without a lick of self-consciousness, promising to whisk you through the risks and opportunities of tomorrow like wand-wielding tour guides. Even financial futures—that is, derivatives—depend on predictability, even if volatility is part of the mechanism.

Which returns us to the point, by Lee Edelman’s successor, Rebekah Sheldon, who writes: “In the name of the future, we must be protected from the future.” As we contend with the prevailing uncertainties of climate chaos and narrative collapse, and reach new heights of capitalism-cynicism, we’ll see increased interest in futures beyond the affliction of normative futurisms; futures which break rather than perpetuate the status quo. If normative futurisms value difference only in order to exploit or overcome it, continuously reduce social relations to the unit of the individual, and coerce us into thinking planetary problems—such as hunger, extinction, and climate disaster—are practically unsolvable, how can we then construct a future constituted of difference and collectivity? In the words of the artist Sin Wai Kin (fka Victoria Sin), “How do we envision a future that isn’t a way forward, but a way down?”

In recent art and film, ideas around divergent futures have crystallized in the form of ethno-futurisms, such as Sinofuturism, indigenous futurism, and contemporary Afrofuturism. Many present alternative scenarios to Western progress predicated on revising history or reimagining geopolitics. Indigenous futurism and Afrofuturism, for example, raise the query, what would science, technology, and industry look like if it did not depend—as it does now—on environmental extraction and human subjugation? Yet others, such as Sinofuturism and Gulf Futurism, simply ask, how would we see the future if the core concepts of “progress” arose from somewhere that wasn’t the West?