You Need a Password Manager. Here Are the Best Ones 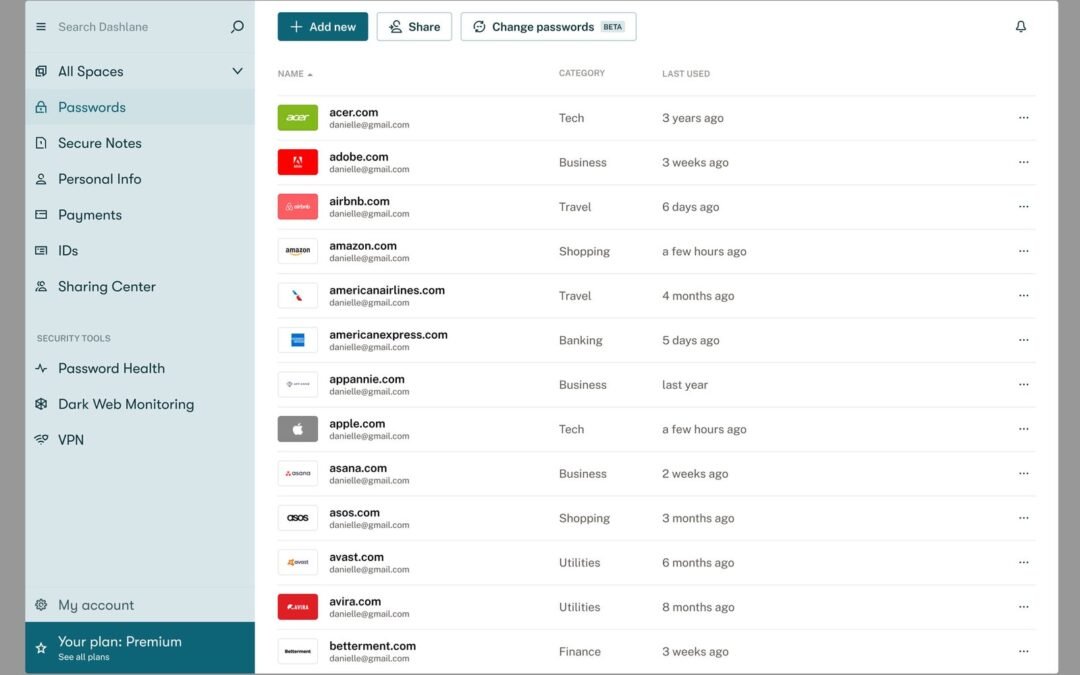 Bitwarden offers a paid upgrade account. The cheapest of the bunch, Bitwarden Premium, is $10 per year. That gets you 1 GB of encrypted file storage, two-factor authentication with devices like YubiKey, FIDO U2F, Duo, and a password hygiene and vault health report. Paying also gets you priority customer support.

After signing up, download the app for Windows, MacOS, Android, iOS, or Linux. There are also browser extensions for Firefox, Chrome, Safari, Edge, Vivaldi, and Brave.

I first encountered Dashlane several years ago. Back then, it was the same as its competitors with no standout attributes. But recent updates have added several helpful features. One of the best is Site Breach Alerts, something other services have since added as well. Dashlane actively monitors the darker corners of the web, looking for leaked or stolen personal data, and then alerts you if your information has been compromised.

Setup and migration from another password manager is simple, and you’ll use a secret key to encrypt your passwords, much like 1Password’s setup process. In practice, Dashlane is very similar to the others in this list. The company did discontinue its desktop app earlier this year, moving to a web-based user interface, which is a little different than 1Password and Bitwarden. (The desktop apps will officially shut down on January 10, 2022.) I primarily use passwords in the web browser anyway, and Dashlane has add-ons for all the major browsers, along with iOS and Android apps. If a desktop app is important to you, it’s something to be aware of. Dashlane offers a 30-day free trial, so you can test it out before committing.

After signing up, download the app for Android and iOS, and grab the browser extensions for Firefox, Chrome, and Edge.

Want to retain more control over your data in the cloud? Try using a desktop application like KeePassXC. It stores encrypted versions of all your passwords into an encrypted digital vault that keeps you secure with a master password, a key file, or both. The difference is that instead of a hosted service like 1Password syncing it for you, you sync that database file yourself using a file-syncing service like Dropbox or Edward Snowden’s recommended service, SpiderOak. Once your file is in the cloud, you can access it on any device that has a KeePassXC client.

Why do it yourself? In a word: Transparency. Like Bitwarden, KeepassXC is open source, which means its code can be and has been inspected for critical flaws.

Download the desktop app for Windows, MacOS, or Linux and create your vault. There are also extensions for Firefox, Edge, and Chrome. It does not have official apps for your phone. Instead, the project recommends KeePass2Android or Strongbox for iPhone.

NordPass is a relatively new kid on the password manager block, but it comes from a company with significant pedigree. NordVPN is a well-known VPN provider, and the company brings to its password manager much of the ease of use and simplicity that made its VPN offering popular. The installation and setup process is a breeze. There are apps for every major platform (including Linux), browser, and device.

The free version of NordPass is limited to one device, and there’s no syncing available. There is a seven-day free trial of the premium version, which lets you test device syncing. But to get that for good, you’ll have to upgrade to the $36-a-year plan. (Like its VPN service, NordPass accepts payment in cryptocurrencies.)