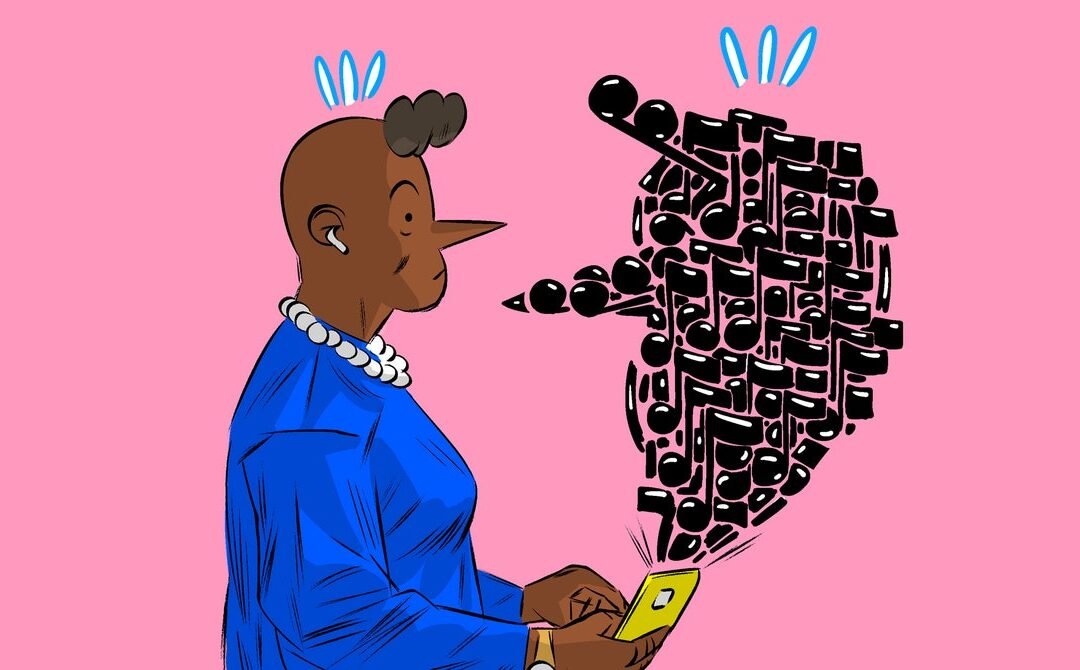 My Music App Knows Me Way Too Well. Am I Stuck in a Groove?

One of the streaming music apps I use creates customized playlists for me, and it’s scarily good at predicting songs I’m going to like. Does that make me boring?

I once read somewhere that if you want to slowly drive someone mad, resolve, for a week or so, to occasionally mutter, “I knew you were going to say that” after they make some casual remark. The logic, as far as I can tell, is that by convincing a person that their thoughts are entirely predictable, you steadily erode their sense of agency until they can no longer conceive of themselves as an autonomous being. I have no idea whether this actually works—I’ve never been sadistic enough to try it. But if its premise is correct, we all must be slowly losing our minds. How many times a day are we reminded that our actions can be precisely anticipated? Predictive text successfully guesses how we’re going to respond to emails. Amazon suggests the very book that we’ve been meaning to read. It’s rare these days to finish typing a Google query before autocomplete finishes our thought, a reminder that our medical anxieties, our creative projects, and our relationship dilemmas are utterly unoriginal.

For those of us raised in the crucible of late-capitalist individualism, we who believe our souls to be as unique as our thumbprints and as unduplicable as a snowflake, the idea that our interests fall into easily discernible patterns is deeply, perhaps even existentially, unsettling. In fact, Playing It Safe, I’m willing to bet that your real anxiety is not that you’re boring but that you’re not truly free. If your taste can be so easily inferred from your listening history and the data streams of “users like you” (to borrow the patronizing argot of prediction engines), are you actually making a choice? Is it possible that your ineffable and seemingly spontaneous delight at hearing that Radiohead song you loved in college is merely the inflexible mathematical endpoint of the vector of probabilities that have determined your personality since birth?

While this anxiety may feel new, it stems from a much older problem about prediction and personal freedom, one that first emerged in response to the belief in divine foreknowledge. If God can see the future with perfect accuracy, then aren’t human actions necessarily predetermined? How could we act otherwise? A scientific version of the problem was posed by the 19th-century French physicist Pierre-Simon Laplace, who imagined a cosmic superintelligence that knew every detail about the universe, down to the exact position of all its atoms. If this entity (now known as Laplace’s demon) understood everything about the present world and possessed an intellect “vast enough to submit the data to analysis,” it could perfectly predict the future, revealing that all events, including our own actions, belong to a long domino chain of cause-and-effect that extends back to the birth of the universe.

The algorithm that predicts your musical preferences is less sophisticated than the cosmic intellect Laplace had in mind. But it still reveals, to a lesser degree, the extent to which your actions are constrained by your past choices and certain generalized probabilities of human behavior. And it’s not difficult to extrapolate what predictive technologies might expose about our sense of agency once they become even better at anticipating our actions and emotional states—perhaps even surpassing our own self-knowledge. Will we accept their recommendations for whom to marry, or whom to vote for, just as we now do their suggestions for what to watch and what to read? Will police departments arrest likely criminals before they commit the crime, as they do in Minority Report, tipped off by the oracular predictions of digital precogs? Several years ago, Amazon filed a patent for “anticipatory shipping,” banking on the hope the company would soon be able to correctly guess our orders (and start preparing them for dispatch) before we made the purchase.

If the revelation of your own dullness is merely the first stirrings of this new reality, how should you respond? One option would be to rebel and try to prove its assumptions false. Act out of character. When you have an inclination to do something, do the precise opposite. Listen to music you hate. Make choices that will reroute your data stream. This is the solution arrived at by Dostoevsky’s narrator in Notes From the Underground, who takes up irrational and self-damaging actions simply to prove that he is not enslaved to the inflexible calculations of rational self-interest. The novel was written during the heyday of rational egoism, when certain utopian thinkers believed that human behavior could be reduced to a series of logical rules so as to maximize well-being and create the ideal society. The narrator insists that most people would find such a world intolerable because it would destroy their belief in individual freedom. We value our autonomy over all the comforts and the advantages that scientific determinism offers—so much so, he argues, that we would seek out absurdity or even self-harm in order to prove that we are free. If science ever definitively proves that humans act according to these fatalistic rules, we would destroy ourselves “for the sole purpose of sending all these logarithms to the devil and living once more according to our own stupid will!”

It’s a rousing passage, though as predictions go it’s not especially prescient. Few of us today appear to be tormented by the comforts of predictive analytics. In fact, the conveniences they offer are deemed so desirable that we often collude with them. On Spotify, we “like” the songs we enjoy, contributing one more shard to the emerging mosaic of our digital personhood. On TikTok, we quickly scroll past posts that don’t reflect our dominant interests, lest the all-seeing algorithm mistake our curiosity for invested interest. Perhaps you have paused, once or twice, before watching a Netflix film that diverges from your usual taste, or hesitated before Googling a religious question, lest it take you for a true believer and skew your future search results. If you want to optimize your recommendations, the best thing to do is to act as much like “yourself” as possible, to remain resolutely and eternally in character—which is to say, to act in a way that is entirely contrary to the real complexities of human nature.

With that said, I don’t advise embracing the irrational or acting against your own interests. It will not make you happy, nor will it prove a point. Randomness is a poor substitute for genuine freedom. Instead, perhaps you should reconsider the unstated premise of your query, which is that your identity is defined by your consumer choices. Your fear that you’ve become boring might have less to do with your supposedly vanilla taste than the fact that these platforms have conditioned us to see our souls through the lens of formulaic categories that are designed to be legible to advertisers. It’s all too easy to mistake our character for the bullet points that grace our bios: our relationship status, our professional affiliations, the posts and memes and threads that we’ve liked, the purchases we’ve made, and the playlists we’ve built. 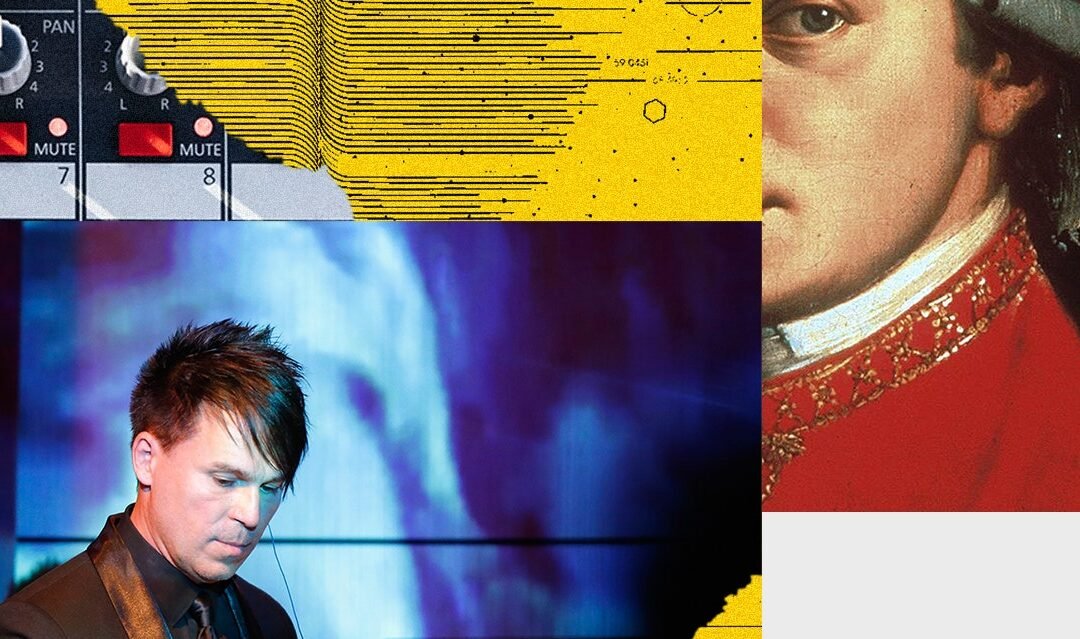